In simple terms, the World Wide Web is just one common area for information exchange, facilitated by global computer networks — or the Internet. You connect to this Internet to access the Web, but the Internet is just the connection between countless, separate servers, computers, and devices. The Web is the medium we use to access, edit, discover, and share information (through links) according to a standard language: HTML. 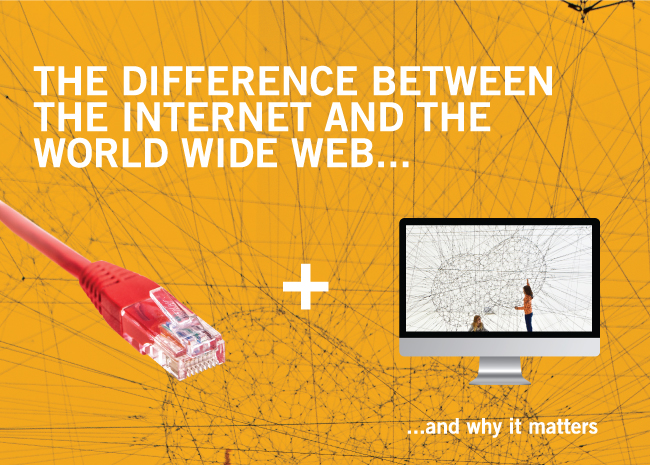 Most of the time, people will use both terms (“Internet” and “Web”) interchangeably, and there’s often nothing wrong with that. If you lose your Internet connection, you can’t get much done, and the semantics don’t really make a difference. However, in the world of SEO, the difference between the World Wide Web and the Internet is hugely consequential, and can provide important insight into how search, and search engines, function.

That’s the tl;dr version, anyway. For those who want to rank their websites or influence search results, there is more to it than that.

What Is the Internet?

The Internet — the name we often use interchangeably with World Wide Web — is a massive public network of networks, a labyrinth of hardwired and wireless connections between disparate drives on countless devices scattered around the world. In a sense, it is like a global computer, wherein each individual computer or server becomes just another node in one massive, distributed system. Individual computers or users can log on or off, but the greater network itself remains indefinitely. Alternatively, information on one computer can be transmitted to another through the Internet and exist on both computers, without them or their users having to physically interact or remain connected to the Internet.

That’s what “The Internet” is. In reality, there isn’t just one — there could be countless internets, any time a series of computers are connected and enabled to communicate and exchange information. Today, the standard office building or corporation might have an intranet, which is the same type of computer/information network, only privatized to limit and control access. The point is the connection, and the flow of information.

When you use data on your mobile phone, or check your email, or play a video game in real-time with other gamers around the world, you are sending and receiving information through the Internet. Your device becomes a part of the network.

Should “Internet” be Capitalized?

Admittedly, this part is somewhat pedantic, but illuminating.

The jury is out on a hard and fast rule here, and the gatekeepers of English grammar like the Associated Press (AP) and similar rulebooks say capitalization is not necessary. However, popular usage often does employ the capital “I,” and this can help distinguish between the Internet we are talking about when we surf the Web or use smart devices, and what we mean when talking about the Internet of Things or any of the smaller, temporary, or more discrete networks that exist elsewhere. 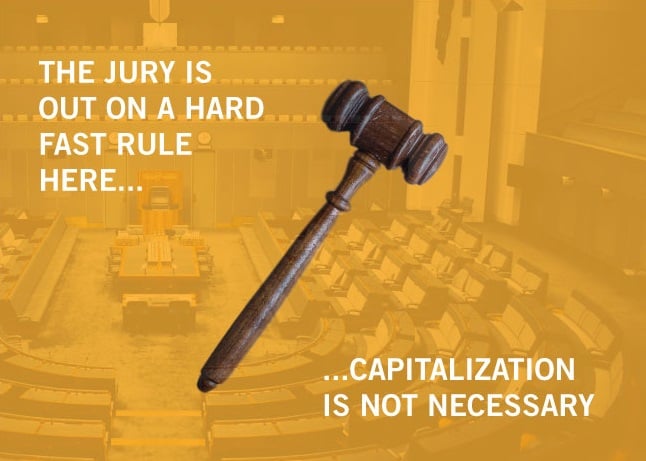 The Internet as we know it had its genesis in the US Department of Defense, as a concept being explored by the Advanced Research Projects Agency (ARPA) in the  1960s. What started as an idea evolved into a modest network between two computers at MIT, and then further into a larger network between more computers across multiple campuses. The whole history of the project makes for a fascinating read in its own right, but the important thing is to understand that the Internet came first, and the World Wide Web followed as a way to make it useful to more than just researchers and scientists. As such, capitalizing the “I” is grounded in both history and grammar, and can carry more consequential connotations than a simple matter of style.

For the purposes of this article, you may have noticed I’m capitalizing Internet when I refer to the common Internet we all know and rely upon, and using lower case when I refer to a general network connection not associated with the World Wide Web.

What Is the World Wide Web?

The World Wide Web, or just “the Web” for short, is a standardized system for accessing and navigating the Internet. It isn’t the only one (email and mobile apps, for instance, do not make use of the Web to connect you to the Internet), but it is by far the most common.

Just as having a language in common allows us to communicate, understand one another, and share ideas or information, standardized HTML usage allows everyone accessing the Internet through the Web to discover, access, and communicate digitally. Importantly, accessing the Web requires a Web browser (like Internet Explorer, Chrome,  Safari or Firefox) to make sense of HTML and allow Web pages to display properly. Meanwhile, you don’t even need a screen to connect to the Internet — smart speakers and other sundry connected devices don’t “speak” HTML, and so don’t use HTTP, open pages, or surf. 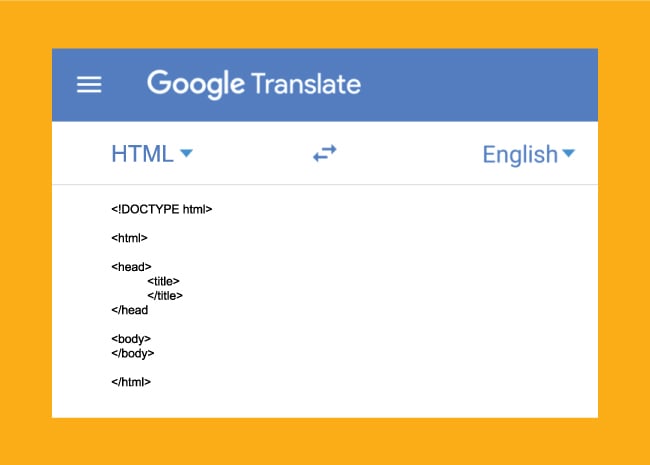 While the Internet has its roots in the 1960s, the World Wide Web was first accessed in 1991, once many of the kinks of networking on a global scale had been worked out, and the need for a common language asserted itself.

This is where search engines come into play, and the world of SEO hinges on understanding the difference between the Web and Internet.

Search Engines and the Web

One of the most important features of HTML is the hyperlink — or link. If HTTP is the grammar of the Web, and HTML is the language, then links might be the punctuation. They hold everything together, and allow you to get from one page to another. Links are the architecture of the Web, which the browsers use to navigate and users share to connect one another with information.

Need help with SEO? Check out this SEO buyer's guide to make sure you find the right agency!

As anyone passingly familiar with SEO should know, links are also one of the most important ranking factors, critical to being discovered by search engines and increasing visibility in the SERPs. If you want to appear in a SERP, you have to find a way to build links to your content, and your website.

The SERP itself is, in essence, just a page full of links. So it breaks my heart when I see the never-ending speculation of marketers and SEO analysts asking whether links still matter, or when Google is going to stop valuing backlinks as a ranking factor. As long as Google is a web-based search engine, links are going to matter. Their importance will be qualified relative to other elements (like relevance, optimizing for user search intent, use of meaningful keywords, use of proper English and grammar, technical optimization, etc.) but links will never stop being a part of the search equation, no more than they will stop being the glue that holds the Web together. By extension, link building services will always have its place in any SEO strategy meant to help content get discovered, indexed, and displayed by search engines.

As mentioned before, you are connecting to the Internet when you play certain games on your phone, check your email, or use mobile apps to read the morning paper and update your social profiles. However, in most of these applications, there is an absence of links — and where links are used, they are often internal to the app, not links to web pages. They aren’t HTML links.

What this indicates is that much of the content that exists online is accessed through means other than the Web, and therefore does not exist — at least, not in the same form — in the index of Google. The New York Times might publish the same articles on its website as it does in its mobile app, but they technically exist in different places, in different forms. Something published only on the app is invisible to Google, and to browsers, until it is given a webpage. If you have downloaded a recipe app and search for a particular dish, you are searching within the app, not across the Web. Any given mobile app could use any of a number of coding languages other than HTML, because it doesn’t have to communicate with all the other websites in the world.

The difference between the Internet and the World Wide Web may not matter much of the time, but when we talk about search we are really talking about web search, and that means links. Search engines are where people ask questions and get links in return, which send them to other web pages. Links and the World Wide Web are inseparable — as are SEO and link building.

Popular Related Posts
Is Content Still King? Can it Be uSERPed?
Is SEO Forever?
There Is No Optimized Meta Description
Norm Vogele

Norm Vogele is an SEO Content Creation Specialist at Page One Power. He works at the intersection between machine learning and human thinking, and strives to ensure both parties can find what they need from web content so we can continue to coexist peacefully.