I think we can all agree that 2016 has been…interesting.

There were a number of major events that happened around the world throughout 2016. From Brexit, to the craziness of the U.S. election, all the way to my beloved Idaho Vandals winning the Famous Idaho Potato bowl—2016 has been a fascinating year.

The SEO industry also saw its fair share of changes. While the absence of Matt Cutts back in 2014 began a trend of fewer and fewer big announcements from Google, there were still major developments from the search engine this year and many other important discoveries in the industry. 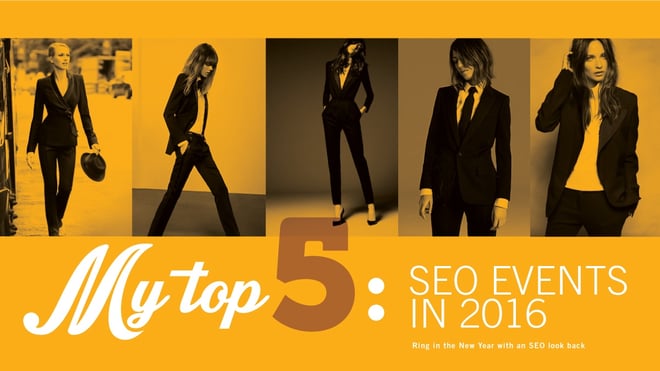 The New Year is almost here, so I want to take some time to look back at what happened in SEO in 2016 and the trends, events, and stories I found significant.

Links are still a significant factor in determining organic search ranking, and there seemed to be a renewed appreciation for links in 2016.

Of course Google is always tweaking their algorithm and adding new signals to improve search results. New factors like RankBrain excite SEOs and for some reason many of us in the industry are continuously looking for a factor that will replace links (maybe because link building is so hard?).

However, Andrey Lipattsev—a Search Quality Senior Strategist at Google—made matters clear when he definitively stated that links and content are the top two factors for ranking in search.  Andrey was asked what the top two ranking factors were during a Google Q&A, to which he replied:

“I can tell you what they are. It is content. And it’s links pointing to your site.”- Andrey Lipattsev

Along with this confirmation from a Google employee, the SEO industry did a great job of publishing multiple studies on the correlation between links and high rankings.

There was a renewed appreciation for links in 2016, a trend that should continue as links remain an important factor in organic search.

After much speculation on when an updated version of Penguin would arrive, Penguin 4.0 officially launched in late September 2016.

Google’s Penguin algorithm hadn’t been updated since October 17th, 2014. This means sites negatively affected by Penguin were afflicted for almost two full years without any means to recover. The long lag time between updates surely devastated many businesses, and site owners likely had to move on with new sites.

The new version of Penguin brought a host of changes (mostly good for SEOs). These updates included:

Along with these helpful updates, the new Penguin algorithm should also help reduce the efficacy of negative SEO.

Thanks to excellent research and transparency from SEOs like Glenn Gabe and Marie Haynes, we also saw the positive effects of Penguin 4.0 in the forms of recovery stories:

The Penguin ride is still moving. Client now up 67% based on Penguin 4 rolling out (based on GA data). Here's search visibility. #seo pic.twitter.com/fipzcEfYxF

Just got an email from a small business owner for whom we did a link audit, who is seeing a 3K-4K dollars/month boost since Penguin updated. 🐧😃 pic.twitter.com/P4PTNStXRv

The arrival of Penguin 4.0 was long overdue, and was perhaps the most notable SEO news of 2016.

I can’t review 2016 without mentioning the 2016 State of Link Building Survey.

My colleague Nicholas Chimonas partnered with Moz and John Doherty of Credo to conduct the survey. Nicholas enjoyed the annual link building surveys James Agate put together in 2013 and 2014, but since 2015 passed without a survey, he felt compelled to reprise the tradition.

With help from John Doherty and Moz (among others), Nicholas promoted the survey and successfully gathered 435 responses.

Some of the key takeaways from the survey included:

There was much to learn from this survey and I thank Nicholas, John, and Moz for putting it together.

4. Google Shifts from “Mobile-first” to “AI-first”

Google has been reciting a “mobile-first” mantra since 2010. This philosophy hasn’t been completely abandoned as Google started experimenting with a mobile-first index in 2016.

In October of 2016, Google CEO Sundar Pichai announced the shift in a post on Google’s Official Blog.

The first signs of this shift came in February when Amit Singhal announced he was retiring from his job as Head of Google Search. Soon afterward Google announced he would be replaced by John Giannandrea, Senior Vice President of Engineering and head of machine learning.

Machine learning is already heavily factored into Google’s core product search, in the form of RankBrain. This machine learning artificial intelligence system helps Google interpret searches by finding pages that might not have the exact words that were searched for, essentially helping Google better understand natural language.

The fact that RankBrain is already the third most important signal in search speaks volumes of their investment into machine learning. Search is Google’s flagship (and most lucrative) product, and they’re entrusting a machine learning algorithm to have a heavy influence in how search results are delivered.

Google is also investing into artificial intelligence in other aspects of their business ranging from Google Translate to self-driving cars. Google has even launched a number of open-source AI experiments, such as “Quick, Draw!” which has you sketch pictures as Google’s neural net tries to guess what you’re drawing. Try it here, it’s quite fun!

The fact is, that while mobile-first is still important to Google (see: Google’s mobile friendly update), the company has moved beyond mobile-first into an artificial intelligence-first philosophy. It appears Google is anticipating the next big technological advancement beyond smartphones, and it looks like they believe it will heavily involve AI.

In 2016, Moz decided to refocus their company purely on SEO and subsequently laid off 28% of staff. 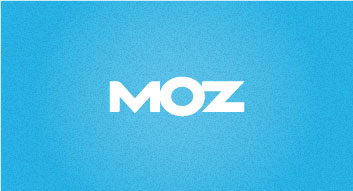 On August 17th, Moz CEO Sarah Bird announced in a blog post that the company was “doubling down on search”. In her post Sarah explained that Moz would be focusing on rank tracking, keyword research, local listings, duplicate management, on-page SEO, crawling, and links.

Unfortunately, this decision meant Moz would be eliminating other portions of their business, specifically Moz Content and Followerwonk. This also meant the company had to lay off roughly 28% of their staff. The news was jarring, to say the least.

A rededication to search from a prominent company like Moz (which was formerly named SEOmoz) reinforced the value of SEO as a practice and industry. As Sarah stated in her post:

“Organic results still get 80% of the clicks and a fraction of the marketing spend. Further, with a phone in every pocket, mobile and local searches continue to grow. Organizations ignore search at their peril.” – Sarah Bird

Rand Fishkin also wrote a great post about Moz’s decision to focus solely on SEO, which provides some history of how the company arrived at the decision. In his post, Rand listed some of the main reasons Moz rededicated itself to SEO, including:

While news of layoffs is never uplifting, it was encouraging to see a well-known internet marketing company refocus its efforts on SEO. I wish the Moz team all the best and look forward to seeing what they have in store for 2017!

2016 was a bit of a whirlwind year that seemed to flash by in the blink of an eye.

It felt like we received far fewer big, flashy Google announcements than in years past. However, there were still a handful of events (both from Google and the SEO community) that I felt were important and will impact the future of our industry.

Looking ahead to 2017 I expect to see Google continuing to invest heavily into artificial intelligence. I think as machine learning is more ingrained into search and Google becomes more sophisticated, they will continue to improve their search results and how they determine search rankings.

I believe links will remain an integral part of how Google values sites and pages, and increased sophistication in their process will continue to widen the gap between worthwhile links and spammy, irrelevant links.

I look forward to what the future holds in SEO, and I’m excited to continue to strive to deliver the best possible content here on Linkarati for 2017!