Google's RankBrain Algorithm: What, How and Why?

On Monday Bloomberg Business broke the story of RankBrain, a new algorithm which Google says is already the third most important ranking signal in search. RankBrain affects a significant amount of search queries, roughly 15 percent of all searches in Google.

Furthermore, Google stated RankBrain has been implemented in live search for months, and proven reliable in improving Google’s search results.

On Monday Bloomberg Business broke the story of RankBrain, a new algorithm which Google says is already the third most important ranking signal in search. RankBrain affects a significant amount of search queries, roughly 15 percent of all searches in Google.

Furthermore, Google stated RankBrain has been implemented in live search for months, and proven reliable in improving Google’s search results. 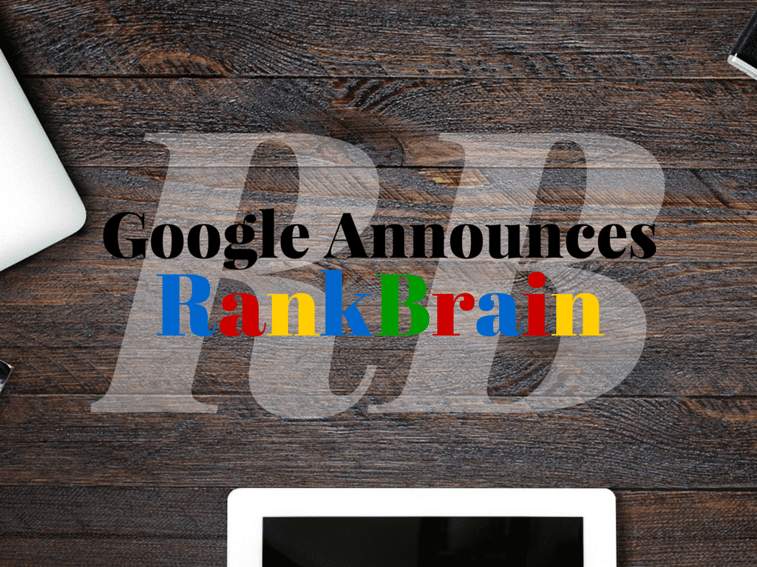 In the Bloomberg article, Greg Corrado—who is one of Google’s senior research scientists—reveals that Google search has been using a new AI system named “RankBrain” to help Google return better results for unique searches.

RankBrain uses machine learning to convert language into mathematical entities known as vectors. In layman terms, RankBrain translates words and phrases into mathematics, which allows it to better understand unique searches involving natural language or unique phrases. Where previously Google would be stumped by natural language or a unique search, RankBrain allows Google to better understand and return better results.

Corrado explains that a “very large fraction” of queries in Google are being interpreted by RankBrain. According to Corrado, about 15 percent of daily searches in Google are completely new to their system, and difficult to understand. Traditionally, machines have struggled to understand natural or “colloquial” language. RankBrain, a machine algorithm, is specifically designed to help with these types of queries.

To better understand the theory of how RankBrain operates - translating language into mathematical vectors – I recommend reading:

Google has made it a primary mission to better understand language for years, with RankBrain being the latest iteration.

In September 2013 Google announced the overhaul of their core search algorithm, naming the new algorithm Hummingbird. This change was specifically designed to improve Google’s understanding of semantic search and natural language. In May of 2012 Google announced the Knowledge Graph, which is designed to provide Google a real-world understanding of what words represent, improving Google’s ability to connect ideas, powering better semantic search.

RankBrain is simply the next step in an ongoing move toward understanding natural language. Search is Google’s primary source of revenue, and they wouldn’t introduce such a large change (modifying 15 percent of ALL searches) without being 100 percent certain it’s a positive change. The fact that Google implanted RankBrain into their search algorithm months ago, and are now willingly releasing the news, indicates they have great confidence in the new signal.

In fact Gary Illyes responded to a question on Twitter and called the effects of RankBrain “expectable, not assumable”:

@glenngabe it's not. The team was working on it for months and its effects are expectable, not assumable.

Illyes’ tweet indicates that Google has a deep understanding of how RankBrain works, which implies it’s not an independent deep learning algorithm but rather supervised machine learning. However, it appears RankBrain is another investment into advanced AI for Google.

Is The RankBrain Announcement A PR Stunt?

News of RankBrain breaking on Bloomberg Business rather than a search specific site such as Search Engine Land implies Google intended the news to reach a broader audience. Historically, important Google announcements about search algorithms are released on SEO industry leadings sites or by a Google representative through a social platform or video.

The Bloomberg post begins with a favorable statement about Alphabet (Google’s parent company) having “eye-popping” revenue numbers – which of course again implies a PR angle. Even the title of the Bloomberg article—“Google Turning Its Lucrative Web Search Over to AI Machines”—has a PR slant. The Bloomberg article also explains how Google executives are extremely excited about the company’s ongoing investments into AI and machine learning, which further ties into the theory that Google’s trying to build positive public perception of Google’s use of AI.

Any type of success with AI in Google’s search algorithm is big news because Google search is very popular. Google has already invested deeply into machine learning (see Panda and Penguin) but previous algorithms dealt with more technical elements of SEO. RankBrain deals with semantic search and understanding natural language, which aligns with Google’s goals for the future.

Because RankBrain has proven successful, Google is trumpeting their success in a PR move that makes them appear future-leaning, builds public perception of AI, paints Google as a leader in the space, and shows investors that AI is the way forward.

While the execution of this announcement leans heavily toward PR, the development of RankBrain is actually quite significant in terms of search.

As Corrado explains, although RankBrain is only one of the hundreds of signals involved in the algorithm, it has already become the “third-most important signal” in terms of contributing to search results.

The Bloomberg article also shares that RankBrain is outperforming human engineers in tests of guessing which pages will prove the best result for seachers. RankBrain has been able to guess correctly 80 percent of the time versus 70 percent for the engineers.

The way RankBrain was announced has the feel of a PR move. Google wants to show investors the positive impact of investing into machine learning, as well as improve public perception of AI. However, the RankBrain algorithm itself is actually quite meaningful in regards to search and SEO moving forward.

Early reactions from the SEO industry have been somewhat of a mixed bag.

Roger Montti believed that RankBrain was merely another name for Google’s Hummingbird, while Bill Slwaski thought it was some sort of variation of Hummingbird:

@martinibuster Looking like a variation of Hummingbird from what I'm seeing.:)

Ian Lurie (as usual) had a little fun with the situation:

John Curtis also chimed in with a sarcastic “SEO is dead” tweet, to which Googler Gary Illyes responded:

@JohnJCurtis It's very much not. This was launched months ago, and your SEO magic still works.

More information about RankBrain will likely be released in the coming months, but for the time being I highly recommend reading these two posts to understand more about this relatively new signal: