Backlink Quality: Are Your Links B-Movies or Blockbusters?

You know a good link when you see one. And that goes double for low-quality links.

Conveniently for me, the same can be said of movies. Let me back up for a quick linguistic distinction: the original term ‘B-movie’ simply meant the second film billed on a double feature.

These days, it’s basically used interchangeably for ‘bad movie’. And while ‘blockbuster’ is thought to be synonymous with any over-produced, muscle-and-gun-laden summer action flick, it’s also alternately defined as “something that is overwhelmingly impressive, effective, or influential”. 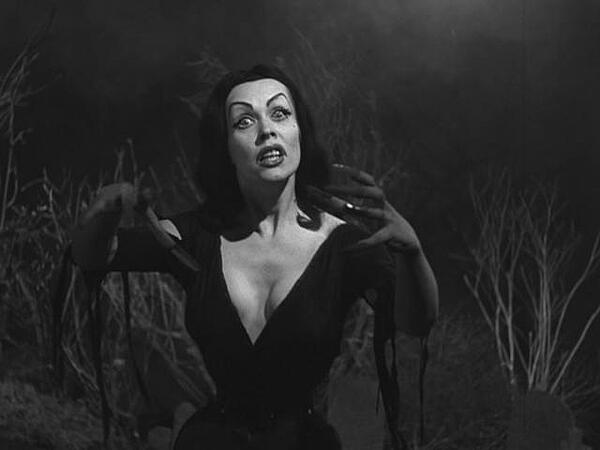 Okay, so cinematically-speaking, I don’t expect every backlink profile to be The Godfather. But why do so many resemble Plan 9 from Outer Space?

Link spam is still ubiquitous. Liken it to Hollywood’s current habit of spraying out a barrage of tedious and uncalled-for sequels. They’re coming out with a Sharknado 3 next year. Is this the cinematic equivalent of cloaking keyword-stuffed landing pages? Mediocre, borderline-detrimental and flagrantly hazardous links are still materializing daily, despite Google’s algorithmic battles and that pesky thing called ‘common sense’.

Sure, I’ve witnessed my fair share of cheap rubber monsters stomping over laughable miniature skylines, scantily-clad women inmates rioting in the jungle, stereotypical tough-talkin’ detectives gnawing on stogies -- but at the end of the day, I find myself craving the visionary execution of, say, an E.T. or Shawshank Redemption. Or a solid shout-out, in link-form, on the New York Times website.

Luckily, I work for an SEO firm that endeavors to build links that genuinely provide value. At the risk of sounding grandiose, everyone in the digital marketing realm (and heck, even the filmmaking sphere) should be striving to produce Citizen Kane-caliber work, not...Slumber Party Massacre 3. Full disclosure: I own both on VHS.

Lest you think I’m contending link building and filmmaking are skills to be parallelled, I’ll just get this out of the way: I understand that making movies is about a zillion times more complicated than building links. But they do actually have a couple things in common.

Whether you’re a business owner or digital marketer, let’s take a look at a few shared characteristics of B-movies and B-links and how to avoid the pitfalls of putting out a flop...

Okay, tough question time: are your links ‘direct-to-video’ status? One of the telltale signs of both second-rate links and B-movies is a lack of publicity. You want to build links that will make it onto the big screen. Let’s say you’re trying out this “content marketing thing”, but your in-depth articles aren’t being read and your helpful resources aren’t being utilized. Is possible you just aren’t getting your message in front of the right audience?

If you’ve heard of any superhero mega-blockbuster slated to come out in the next couple months, you just proved the effectiveness of marketing. Production costs aside, film publicity is a billion-dollar business itself. On the same note, marketing killer content is considered the most effective SEO strategy.

Content marketing, SEO and link building certainly aren’t synonymous, but they do go hand-in-hand. Building links is less about creation and more about promotion. You already have the product, service or content, now it’s a matter of letting the world know. But in the right way, of course. 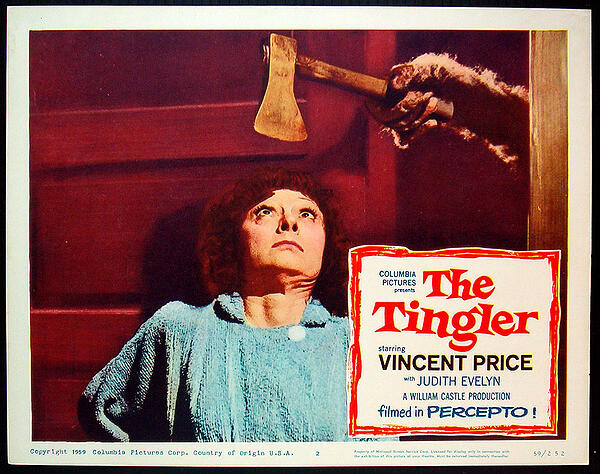 Yeah, the movies are awful. But the posters are AWESOME.

In days of yore, if B-movies received any promotion whatsoever, it was usually with a series of goofy gimmicks that ended up backfiring. For 1959’s creature feature The Tingler, the studio spent a quarter million dollars installing buzzers in theatre seats to rattle moviegoers at the film’s climax. Creative? Certainly. But ultimately, the studio just lost a lot money on something intangible. We can learn from this.

If you’ve got the goods when it comes to content, building links should be a breeze. There’s no need to resort to gimmicks and seedy tactics when your blog or on-site tutorials offer expert advice in a creative way. Industry influencers will be happy to list it among their resources or share it on Twitter.

Conversely, take for example The Blair Witch Project. Even if I don’t like the movie itself, I can appreciate their guerrilla marketing campaign and resulting viral success story. In a pre-social media internet, the filmmakers and studio started a website for the “missing” crew members, touting their ‘found-footage’ documentary while circulating rumors of its authenticity on message boards. Shot on the microscopic (in film world) budget of $25,000, the film would go on to be a box-office bonanza, bringing in around $250 million worldwide.

Speaking of numbers, this brings me to my next point...

No Budget and No Time

The foremost characteristic of the ‘B-movie genre’ is a lack of funding. As numerous examples prove, you needn’t have a multi-million budget to craft a dynamite film or build a bangin’ backlink profile, but having the funds to invest in quality content and allowing enough time to ‘get it right’ is crucial.

If you think signing up for a service that provides “3000 links for $16” is a good call, prepare to experience blinding regret. Worse than Bill Murray after the Garfield movie. I’ve heard plenty of devastating stories from misguided business owners who legitimately thought they were making the right move by ‘buying a bunch of links’. Some are no longer business owners. Some are bankrupt. ‘Gaming search engines’ is not something to be taken lightly.

High-quality link building certainly shouldn’t break the bank, but it rarely comes ‘on the cheap’ or overnight. Look, you know hiring $5-a-pop “s30 xpert servisez” isn’t going to end well. At best, you get what you paid for. At worst, you get a whole lot more than you pay for: personal attention from Google, in the form of a manual penalty. 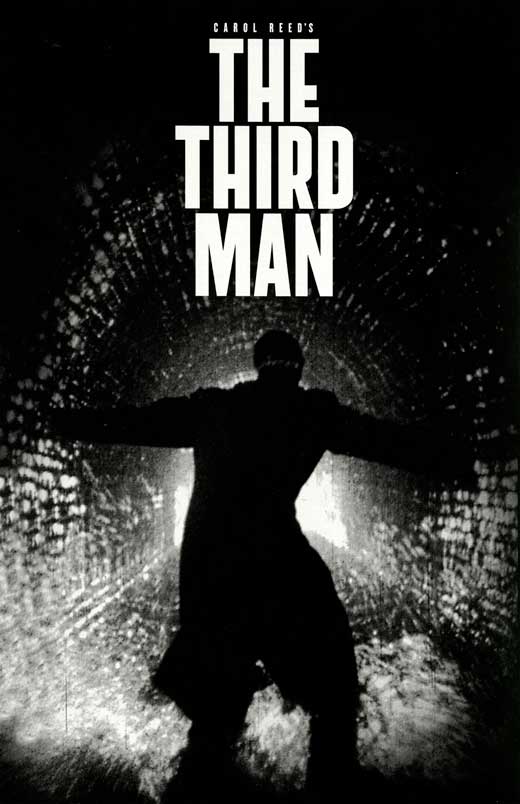 Now this is an example of an "evergreen" film. (#fangirl)

Doing it the right way is time-consuming. It requires people skills, technical know-how and a healthy dose of creativity. Forging fruitful, high-quality business relationships in the digital realm is hard work, but in the end, your links will be honorably-earned and timeless. They’ll be The Third Man (this writer’s favorite movie of all time). PS: Everyone go watch The Third Man.

Regardless of the size of your budget, certain aspects of linking to content are always critical. Like avoiding...

For the love of King Kong, can someone tell me why boring and poorly-written blog posts are still omnipresent? And don't even get me started on the 'state of screenplays'...

While the plots of B-movies can veer into disturbingly inventive territory -- Motorcycle-riding werewolves! Complicated face transplants! -- the scripts usually remain rooted in stereotypes. Is the dimwitted bully or promiscuous gal character going to be brutally murdered by the creepy hitchhiker? Of course they are! Will the ‘private dick’ refer to the woman as a “loopy dame”? Duh.

Is this blog listicle going to be spun, regurgitated tripe? No comment.

In true B-movie style, actor’s lines are generally one hackneyed cliche after another. Similarly, I’ve seen numerous articles calling for the demise of obnoxious SEO buzzwords and jargon (like ‘content is king’ or the white-hat-black-hat bit). We should note that bad dialogue isn’t reserved for schlocky duds; it’s present in Oscar winners and box-office smashes. Star Wars’ marathon of “I’ve got a bad feeling about this” lines, for instance. Or the Wall Street Journal’s foray into blatant advertorials. 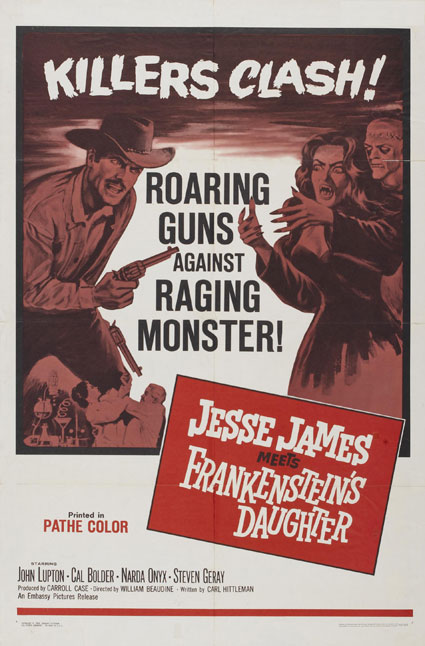 Yes. This is real.

I’d like to take this quick opportunity to point out that Jesse James Meets Frankenstein’s Daughter is a ‘click-bait’ title of epic proportion.

Egregious examples of link schemes, like hacking into Javascript or ‘link wheels’ have rightfully lost steam, but what about legitimate tactics, used incorrectly? Useless spam articles or placement on irrelevant directories, perhaps? Industry blogs and niche directories can be great places to make connections and share your message. Just as long as you’re not filing Troll 2 next to Casablanca on your video shelf.

What’s the end-game of building links? Again, it should be making meaningful connections, not a ‘quick boost in the rankings’. After all -- in both film and links -- if you’re not adding value or establishing authority, you’re at risk of being the victim of...

Are you proud of your backlink portfolio?

Would you gladly disown your website’s links? Or, if you’re employed in the SEO realm, your own work? SEO and link building are occasionally thought to be somewhat dubious by nature. Again, this reputation stems directly from those who are doing it the wrong way.

‘Alan Smithee’ was the official pseudonym used by any director wishing to disassociate themselves with a film project. It was created in 1969, when no one wanted to take credit for the film Death of a Gunfighter and put to rest in 2000. To use the moniker, one had to plead their case to panel of fellow union members.

Asking someone in a relevant industry to link to your how-to guide, is essentially the same as asking the Academy ‘for their consideration’ come Oscar season. Does your website deserves to be nominated for 'Best Picture'? If you stand behind the content, message, company or product, there’s no reason that sensible and organic linking shouldn’t ensue when you start engaging others in the community.

There’s no shame in offering your resource. Heck, someone out there probably sincerely thinks Kevin Bacon deserved a golden statuette for Tremors. For every niche business, small or large, there’s an audience.

You can tell if your backlinks are a campy ‘80s gore-fest (stuffed with pharmaceutical advertisements and 'adult' sites, perhaps?). More importantly, other people can tell. Your potential customers or clients can tell. The search engine spider-crawlers can certainly tell.

There are a number of reasons why someone chooses to start a blog or make a movie. Artistic reasons, economic reasons and everything in between. Outstanding films and successful marketing or link-building campaigns have another similarity; ideally, they should both stimulate emotional responses and make money.

And sometimes, you can find common ground in the middle. In an attempt to mimic his favorite childhood gems, Steven Spielberg set out to make his version of an adventure B-movie. It turned out to be Raiders of the Lost Ark.

Plenty of people started ‘black hat’ and ended up sporting a big, white Stetson. People want to build something they can be proud of. Many bastions of high cinema who got their start in low-budget pictures. B-movie kingpin Roger Corman introduced dozens of superstars to the world: Jack Nicholson, Francis Ford Coppola, Robert De Niro and Martin Scorsese among them. George Clooney had a whole slew of goofy roles: Return to Horror High, Return of the Killer Tomatoes and, my favorite, direct-to-video ‘tour de force’ Red Surf (playing a jetski-riding cocaine dealer with great hair, naturally).

The point is, if you’re poring over your link profile and fear it’s looking a little meager or veering into, y’know, The Brain That Wouldn’t Die-territory, there are steps you can take and people who can help.

But if someone tells you they can build 700 links overnight, for a ten-spot? In the immortal words of Amy Heckerling’s cinematic masterpiece, Clueless...