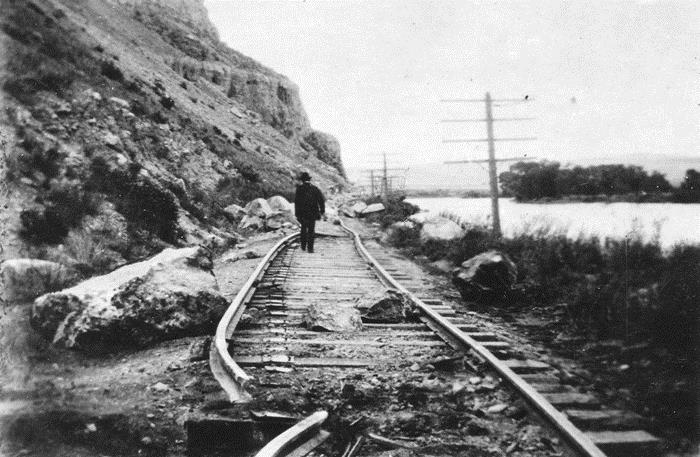 On a blustery May morning in the desolate landscape of Utah’s high desert, a golden spike was driven into two disparate railroad lines, uniting the Transcontinental Railroad forevermore. (Okay, for the next hundred years or so, but as Mark Twain put it: “Never let the truth get in the way of a good SEO metaphor.”)

Thinking back to days of yore – when I was in junior high circa 1996, that is – the internet was even more of a bleak and barren terrain. Sagebrush, tumbleweeds, dusty wind and AOL chat. My older brother was hawking his collection of baseball cards to a couple dozen vendors on something called Ebay. I was busy making Angelfire pages dedicated to really important topics like, Rainbow Brite and Day of the Tentacle.

Needless to say, the internet is no longer the lawless, open-prairie frontier of yesteryear. Gone are the days of arid wastelands, circling buzzards…and font-size-48 blinking text. Today, the topography of the “world wide web” is more comparable to the non-stop chaos of a central Tokyo intersection – only with even more in-your-face billboards, sidewalk solicitations and useless rubbish lining the gangway. 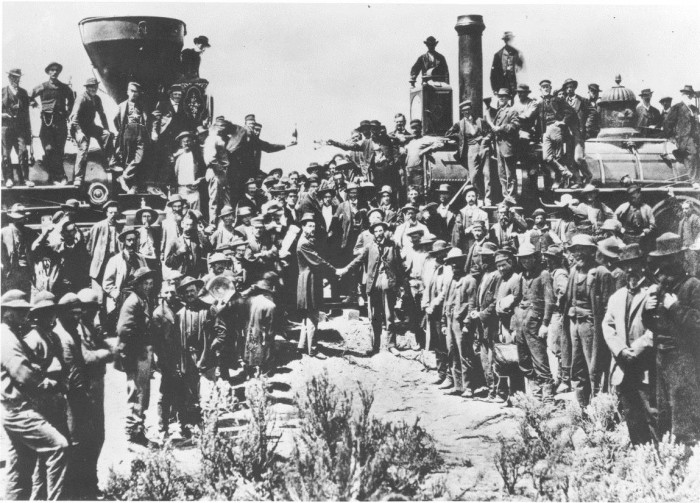 The Transcontinental Railroad united more than scattered steel tracks; more than East and West. It brought together humanity. It turned a landscape of scattered farmhouses into a nation. From every corner of the globe poured in settlers, prospectors, entrepreneurs, travelers, dreamers, schemers – and everyone in between (including those ruthlessly mowed down by the speed of ‘progress’).

Boomtowns formed practically overnight. The townships (ahem, websites) not fortunate enough to be on the main line quickly found themselves far off the map. Some became ghost towns. And obviously, if your web presence is being compared to a dusty, deserted homestead from the 1860’s, you’ve got troubles.

It’s a familiar story around the campfire: just when you think you’re nearing the oasis, a fierce windstorm surrounds you. Your horses are long gone. Sand is stinging your eyes. You’re directionless – wandering aimlessly through a desert of dancing cat gifs, garbled Viagra ads and definitely-not-real Prada handbags. Worst of all, John Wayne isn’t showing up with the cavalry. When a company gets trapped in the digital mire, authentic and relevant link building can serve as a guide to getting back on track.

Online marketers, link builders in particular, are forever in search of those “golden spikes” – the solid connections that successfully unite those in need, with those who provide. As we all know, the goal of digital marketing is to bring people together, to forge relationships – not landing a branded URL on any mildly feasible website you can scrounge up and certainly not manipulating code and robotic indexers to boost search result placements.

Click-thru conversions are the only things that make these guys smile.

It’s hard work. Just like laying railroad tracks, building links must be done by hand (though to be fair, we’re far less likely to be tragically crushed by rubble). Even with a variety of tools in your repertoire, there are no shortcuts. Sometimes you need black powder: to blast a history of once-legit-but-now-spammy linking practices. Some instances only require a delicate steel-plated hammer: for finessing title tags and meta descriptions, of course.

In a pinch, just a good old fashioned shovel and pick will suffice. Unearthing logical, legitimate communities to join and engage, finding high-quality networking opportunities and participating actively with your chosen audience is the foundation of any good business – whether your company offers, say, cloud-based platform solutions…or peddles four thousand varieties of exit signs.

Completing a couple miles of track on the Transcontinental Railroad (only a few minutes worth of ‘travel time’) required dozens of workers and days of back-breaking labor. Similarly, successful link building strategies take time. It took over six years to complete the cross-country track. It could take six months to see measurable results from a solid marketing plan. If someone tells you they can transform your web presence in a matter of days…well, that person is a snake oil salesman.

But what if your train has already derailed? Or worse, what if the internet’s foremost anti-hero kicked you in the caboose with a manual penalty? 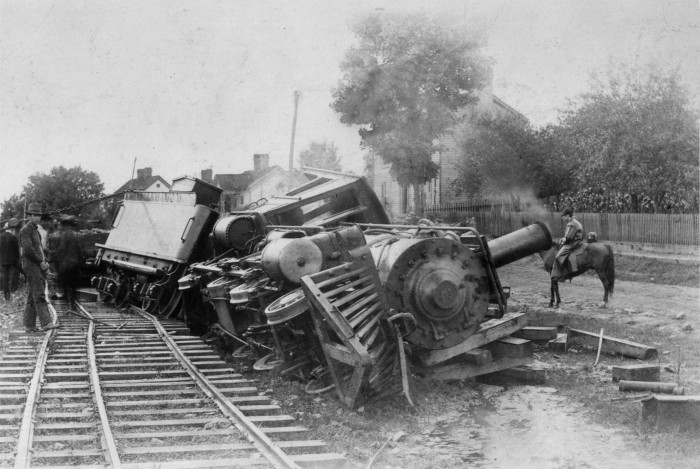 Google has been likened, in print, to the ‘railroad robber barons’ of the Gilded Age on multiple occasions. ‘Robber baron’ is simply a pessimistic and misleading moniker for an industry leader, a powerful titan of business, a top dog. Even so, early railroad kingpins and the internet’s leading search courier have more in common than I initially thought. Let’s get literal for a minute:

By the 1860’s, there were roughly 30,500 miles of railroad across the United States. Today, there are an estimated half-billion active websites out there (of the tens of trillions in existence). If your reach is that far and wide, you likely need a little help controlling the turf.

"Who are those guys?” (The Algorithm Enforcers, of course...)

The world of digital marketing and search engine optimization are afflicted by rogue charlatans and their hollow, underhanded tactics for improving rankings. We can all agree: claptrap keyword stuffing, worthless web content, cloaking, redirects and other detrimental SERP-wrangling methods need to be put to pasture in order to best serve the user experience. Someone needs to keep these cattle rustlers in line; but whom? Cutesy black-and-white zoo animals? The Man With No Name?

Anyone who’s ever seen a Clint Eastwood movie can attest: vigilante justice is seldom synonymous with altruism. The oft-repeated company line regarding the Pinkertons – they were special agents put in place to protect passengers and freight from armed bandits – was true, but a very narrow scope of their daily activities. In actuality, they spent the bulk of their time spying on railroad employees, infiltrating unions and making sure labor disputes ended with the corporation as victor.

Levelling the playing field, so to speak, wasn’t in their best interests. Sound familiar?

The Pinkertons and their ilk were more universally loathed than Google’s spam-combatting outfit will likely ever be. After all, Matt Cutts didn’t literally go down to the My Blog Guest offices to bust some freelancing skulls with the butt of his double-barreled shotgun. Or rig several hundred pounds of dynamite to the Overstock.com warehouses and blow them to smithereens because keyword-rich anchor text on .edu sites is “inorganic”.

Sure, Google pinned the Sherriff badge to their own chests. They’re packing gatling guns; we’re brandishing a homemade slingshot. Then again – it’s all about the aim, my fellow gunslingers.

A few weeks ago I was hiking down a converted Rail-to-Trails bike path in central Idaho and came across a thick, rusted steel railroad spike. Given the history of the area, I’m guessing it was around 100 years old. It still looked utilitarian and strong. A century after its intended use, the heavy spike seemed sturdy and valuable. I wonder if we’ll ever say the same about something digital…

If “golden spikes” are the ultimate objective – big wins, lasting bonds, quantifiable results – it’s only fair to recognize the smaller pins and nails holding the track together. Once you get all the little pieces in place, hammering in the solid, shiny-gold finishing studs can be done with ease. Building links should be done purposefully, tactically and with a ‘full steam ahead’ mentality.

Today, the Transcontinental Railroad lines have been systematically dismantled, the Pinkerton Detective agency is a relic of the past (albeit, a still-standing one) and a few decades from now, “google” might simply be a verb for ‘obtaining information’ – with no recollection of its once-domineering origin.

And I still can’t find my old Angelfire homepage…