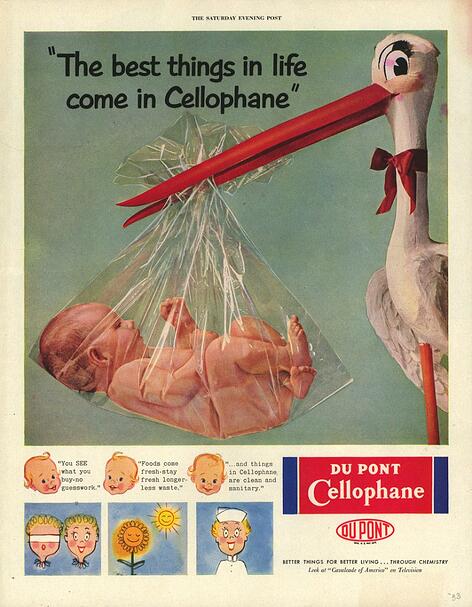 Talking about the state of ‘content marketing’ really begs the question: what’s the state of content itself? We’re likely all familiar with the algorithmic petting zoo, but when Google unleashes a torrent of manually enforced penalties on unsuspecting webmasters, many are left scratching their noggin thinking, “My company started a blog… I thought that’s what Google wanted…”

Not necessarily. Let’s take a look at what all this pervasive web-spam means for business owners, what it means for content marketers and, for fun, I’ll even touch on the historical precedence of poorly-executed advertising blitzes.

The gist? We can do better, folks.

First of all, we should all know ‘content’ isn’t synonymous with ‘text’. The continually-widening umbrella now includes:

To be fair, there are plenty of companies who are doing ‘content’ right. However, despite the many examples of engaging and successful marketing campaigns, despite Google’s ‘content cop’ crackdown, despite common sense -- it appears spammy nonsense is still reigning supreme.

Possibly due to highly-misinformed marketing departments, overt advertisements (thinly veiled as opinion-based blog posts, editorials, comments or reviews) are still spraying out their rubbish by the multi-millions every single day. In the historical sense, only the fact that it’s taking place in the digital medium makes this somewhat novel. This story is as old as stories get. 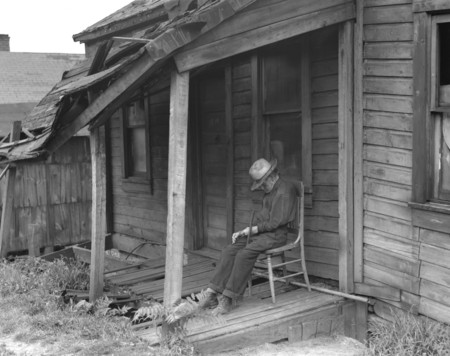 You caught him snoozin’...he must’ve not been affected by Panda 4.1.

What We Learned from Days of Yore

The FTC’s ‘Truth in Advertising’ policies could be the Google Webspam Team’s surly grandpa. They’ve been telling snake-oil salesmen and misleading ad execs to “get off our lawn” for decades. Rocking chair, double-barrelled shotgun and all.

If we want to roll back the clock even further, we can blame turn-of-the-century ‘yellow journalism’. Lest you think I’m confusing my job as “content marketer” with that of a journalist, I think finely-tuned objectivity should be a trait utilized by practitioners of both fields. 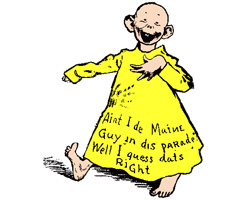 Originally published in Joseph Pulitzer’s New York World newspaper in 1895, the “Yellow Kid” was meant to mock advertising billboards. Ironically, his image would go on to be a merchandising bonanza. Yellow journalism in the late-1800’s was defined by exaggeration, sensationalism and promotion cloaked in opinion. Sound familiar? It should. Contemporary examples are endless...

Nonetheless, some 21st century businesses, and their respective SEO firms, eschew these cautionary and common sense habits in favor of irrelevant, automated junk blasted into the digital universe -- all in name of ‘links’. How is this still happening?! Attention business owners: if someone tells you they can skyrocket your site to the top of the SERPs, it’s a trap. Take the bait and you’ll eventually have to pay the piper.

Okay, I have a soft spot in my heart for 1990’s Ron Popeil infomercials. This is the guy who basically invented, “But wait, there’s more!” His marketing scheme worked: he sold tons of chopping devices, rotisserie cookers and home dehydrators. But despite his ample time spent on the small-screen, no one ever mistook Mr. Popeil peddling his gimmicky gadgets for a talk show or a cooking show. While the above paragraph might sound rather glowing, you don’t see me sharing any ‘lank joos’ with Ronco…

Brand cameos are so commonplace in television and movies, we can hardly even smell them anymore. Wayne’s World aped this better than I ever could, but a joke about Reebok is still name-checking Reebok. These days, products and signage are being digitally added to videos and images. Because you know what would make this beach scene even more desirable? An enormous billboard for citrus liqueur, of course. If this weren’t bad enough, now AdSense thinks they know me. Looked at a pair of cowboy boots this week? Prepare for a barrage of cowboy boot ads in every corner of your screen.

A handful of the big players in e-commerce have installed abuse-barriers, attempting to ensure you actually use a service or product before you leave your opinion. The vast majority, particularly certain niche industries (travel/tourism comes to mind), are drowning in phony customer testimonials. It’s like a digital Lake Wobegon -- where all the products are strong, all the employees good looking and all the reviews...are above average. Customer reviews are no longer considered trustworthy. “TEN out of Five Stars!”

The scourge of bloggers everywhere. Fraudulent headlines screaming, “Why big government doesn’t want you to hear this new method for losing a hundred pounds, making a million dollars and bedding your favorite celebrity -- tonight!!” are an obnoxious menace. They exist to litter the digital landscape with unfulfilled hype. And, as it turns out, they’re largely ignored. Shocking. 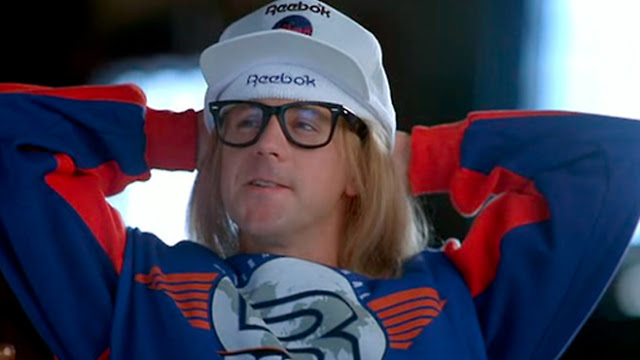 “It’s like...people only do things because they get paid, and that’s just really sad.”

It seems like everybody’s doing it (though most are getting flack for it). Respected literary bastion The Atlantic posted "sponsored content" from the Church of Scientology. The New York Times has gone out of their way to blur the distinction between op-eds and ads. Forbes went ‘all in’ with their advertorials, pushing a fat stack of chips onto the table and weathering the gamble.

Perhaps you’re thinking, if the big guns are letting sponsors bankroll their content, perhaps you should, too? Frankly, I doubt it. There are too many ways to “get it wrong”.

If You’re a Business Owner, What Does This Mean?

Should you climb aboard the content marketing bandwagon? The answer is likely a resounding ‘yes’, but be forewarned: doing it poorly is far worse than not doing it at all.

Companies who approach content marketing from the right angle are not only raising brand awareness, establishing authority in their industry and building life-long loyalists -- they’re also securing more leads, conversions and sales. I would even go so far as to say they’re having more fun.

If a business is just looking for a quick fix, a speedy boost in the SERPs, their efforts will likely result in turning off their customer base and taunting the manual penalty enforcers at Google with ‘thin’ or spammy content. We say it over and over and I’m saying it again: there are no ‘quick fixes’. If you’re ready to get creative and ramp up for a fresh campaign, there are a couple of things to keep in mind… 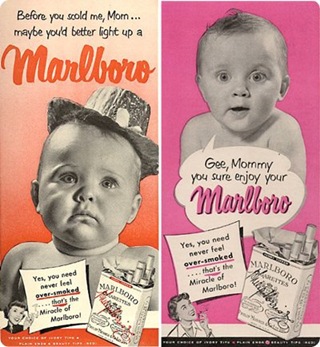 The first rule of advertising? Know your audience.

If You’re a Content Marketer, What Are You Doing to Help?

The crux remains: if our copy is written with an end-goal of promoting...something, is what we’re writing unprofessional? Or worse, unethical? Answer: only if you’re doing it wrong, bub. 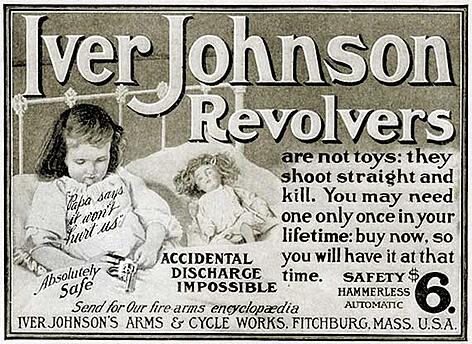 Are you, or your clients, accidentally sending a loaded message?

The issue isn't that it's being done -- it’s that it's being done so poorly. Thin content? More like a malnourished, substance-starved skeleton of content. And I’m not even talking about the most egregious examples: blog posts scribbled by robots masquerading as writers, pharmaceutical gibberish, automated garbage or other bottom-of-the-barrell SEO tactics. I mean big-time corporations paying big-time bucks to pretend their ads aren’t ads.

The digital marketing/link-building company I work for does it the hard way: sweat and creativity, no short-cuts. We were intrigued when Google’s webspam team issued a moratorium on “guest blogging” and useless content. But did it work? How about cracking down on private blog networks; did that signal the end to shitty writing? Certainly not.

Advertorials are everywhere, but clearly they’re not for everyone. If you find this sort of advertising distasteful, Marissa Mayer thinks you need to ‘get over it’. (Fair enough, I’d also like to point out that “Yahoo” isn’t a verb synonymous with “finding information online”. Zing!) Either way, it seems like “sponsored content” is the new banner ad: ubiquitous and useless.

In case you’re wondering, I did purposely steer away from the phrase “native advertising”. I prefer my tiresome, counterintuitive buzzwords to come with a little more tarnish on them (read: older). Either way, the point is: some rather serious concerns have been raised about the current ‘state of content’ and its striking similarity to publicity copywriting.

Has King Content been dethroned? Has he passed his crown to Queen AdWords? Personally, I don’t think so. I only know two things: word-of-mouth isn’t the only sincere avenue left standing and the ‘War on Crap’ isn’t being fought by Google’s minions alone -- legitimate writers, graphic artists, videographers, programmers and creators are manning the battlefield every single day.

See you in the trenches...

Popular Related Posts
Why Google Doesn't Care How You Feel About Your Content
Can You Have Too Much Blog Content?
The Power of Link Intent
MeghanCahill