Should You Be Concerned About Private Acquisitions of Social Media Platforms? 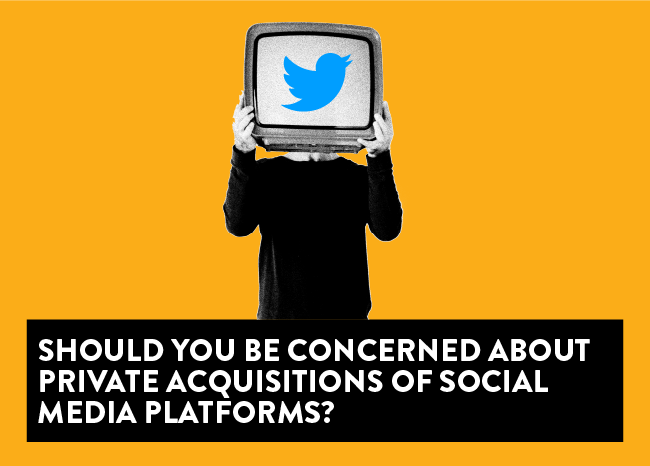 The tech world was rocked on April 25th, when Twitter’s board of director’s accepted Elon Musk’s bid to purchase total control of the company. Twitter is a huge platform, with approximately 290.5 million monthly active users worldwide in 2019. And, according to Pew Research, about 69% of those users get some form of news from the platform. This has a lot of users worried about the new private acquisition — what kind of control does an eccentric billionaire now have over their news? Their posts? Their freedom of speech?

Musk would not be the first off-color billionaire to own a massive corner of the internet. Industry titan Mark Zuckerberg and his company Meta own Facebook, Instagram, Giphy, and more. Effectively, two men own several of the platforms you interact with every day, with complete control over what you post, what you see, and what’s done with your data.

Now, that’s a very scary, big-brother-y type sentence. And social media doesn’t take up the entirety of the internet, but to say it doesn’t have a significant influence on people’s lives, at this point, would just be categorically false. 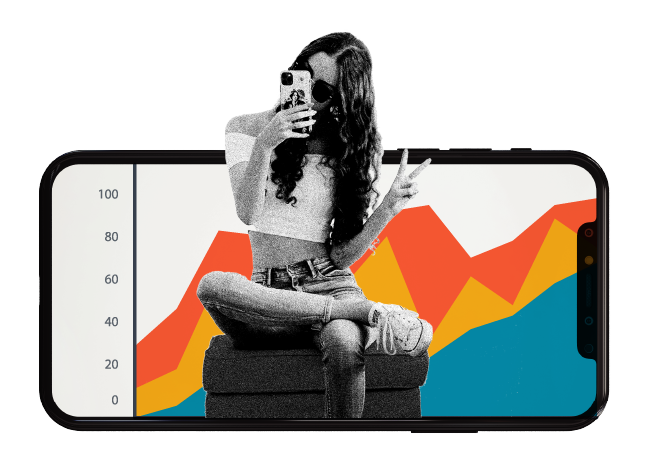 The Growing Role of Social Media in Our Lives

From fan culture to job hunting, social media is an outlet for various things. For both personal and business use, social media use has only grown from the invention of Facebook and MySpace in the early 2000s.

Around 72% of adults actively used social media in 2021, according to the Pew Research social media fact sheet. The top personal uses for social media are as follows:

News and current events coming in at the top spot for personal social media use can be concerning for a lot of reasons. Anyone can post on social media, about any topic. Americans saw just how detrimental this could be when former president Donald Trump was removed from Twitter for “spreading dubious information and the risk of further incitement of violence”.

Entertainment as the second biggest use of social media is also incredibly prevalent, not just for private citizens, but for businesses.

Social media has revolutionized marketing and advertisements. This really isn’t surprising, as huge amounts of consumer attention are being held by these platforms. The increase in reach is one of the big drivers behind why digital marketing has slowly but surely become the new norm.

For example, 91% of marketers working for the top 100 U.S. companies were expected to use social media in their marketing strategies in 2021, and 95% of businesses reported intentions to increase their digital marketing budgets in 2019, according to The Manifest's survey.

Digital marketing can look like a lot of things, including:

Many people try to compare traditional and digital marketing in terms of “better” or “worse.” However, the channels are so different and typically used with such different audiences and outcomes in mind, that this is a false equivalency. 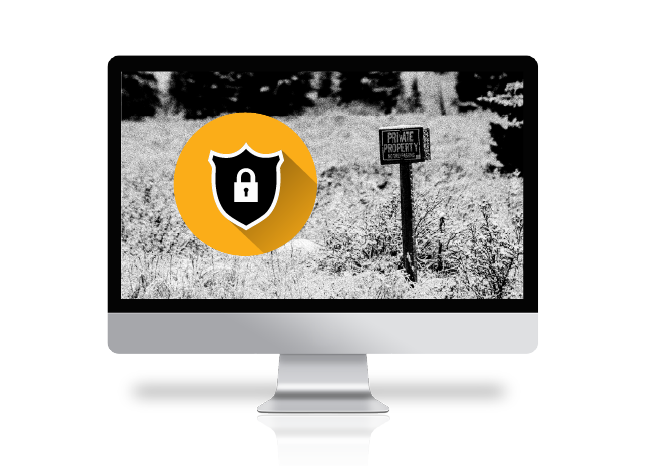 Net neutrality, in its simplest terms, is enforcing internet service providers to treat all data on the internet equally. This means that they can’t promote branded content unreasonably, or refuse to load content or sites that they view as “unfavorable.” The public is overwhelmingly in favor of net neutrality — with 4 out of 5 Americans in agreement that the net should be neutral.

Similar views can be applied to ubiquitously used platforms, like social media. By having these platforms privatized, the owners can decide to restrict or promote posts based on their own priorities. There are a few reasons why people are resistant to this.

There’s a popular phrase used in a lot of contemporary modern circles: “No ethical consumption under capitalism.” This phrase is meant to remind people that capitalism is built, and still runs primarily, on the exploitation of workers. While capitalism is a much larger issue that we can’t cover here today, I think a similar notion applies to the large, seemingly benevolent overlords of the internet.

It’s important to note that huge companies, like Google, are just that — companies. Therefore, they have a vested interest in retaining users and creating a profitable platform — and we have no way of measuring their good, or bad, intent. Google may be seen as more of a “neutral” platform because Google’s SERP can’t really
“disagree” with you. On the other hand, Facebook, Instagram, and Twitter — platforms owned by individuals with their own thoughts and values —  can.

Censorship and privacy concerns can affect marketers and advertisers as well, which as we’ve mentioned, are hugely invested in digital marketing, including social media. Concerns business may have include:

Privatization of social media platforms can also mean that terms and conditions are subject to change. Terms and Conditions are legally binding, for users and companies. As a private company, Twitter could put basically anything in its terms and conditions and if you agree to it, you're beholden to those terms. For example, if Elon Musk saw fit, posting on Twitter means you completely surrender all IP rights to Musk. While technically legal, this can throttle businesses, independent creators, and even hobbyists. 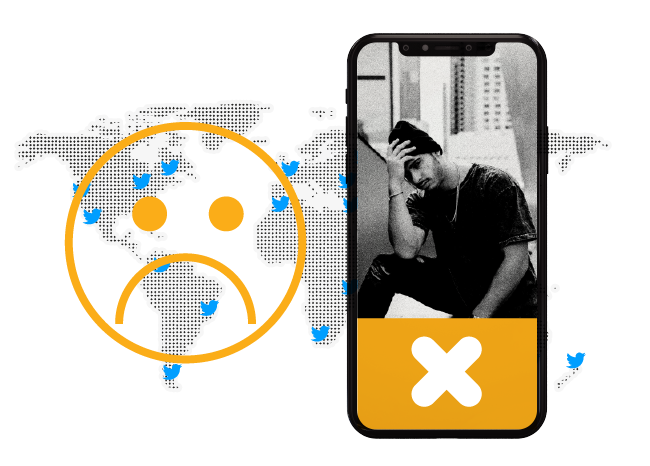 What Can You Do As a Social Media User?

In reality? Not much. There’s nothing individual users can do to stop or prevent the private acquisitions of companies on the internet until the issues appear on your ballot. And this may or may not happen — net neutrality has already been struck down, and companies stand to earn more from keeping it that way.

The best way to keep your personal information off the internet is to simply not use it. Now, this is practically an impossibility, and some TikToks are truly just too good to miss. However, there are things that you can do to feel more at ease about what information of yours is out there, and how it’s being used:

None of these things will stop the commodification of your data, but they can limit what data of yours is now owned by billionaires.

Ultimately, the way that this affects the general population of social media users will have to be seen. If Elon Musk purchases Twitter, we simply can’t expect him to act like Mark Zuckerberg, or to take the counsel of the current board of directors at Twitter. Many more people may see his recent second thoughts as even more daunting — what else might he flip flop on? His potential ownership, and how it plays into the overall debate around net neutrality, will be an issue to watch as time goes on.

Tori is a writer and SEO professional based in Boise, Idaho. When she isn’t creating quality content both online and in print, she’s usually making messes in the kitchen.