In many ways society is obsessed with the “lone gunslinger” concept -- or, as it translates into our work, “lone linkslinger.” I imagine it’s appealing because First World countries seem to have such a high individualistic mindset: that I can do it on my own. Indeed, look at many of our television shows and movies; some of the central conflict revolves around a character wanting to do it on their own. For example, I was watching Young Justice with my wife the other night (the ‘sidekick’ version of Justice League) and Speedy (“Red Arrow” or “Roy”) decides to go it alone, always insisting he doesn’t need help -- until he’s been beat up and hesitantly announces, “I think I’m in over my head.”

The truth is, doing it alone is sexy. We want the glory and the credit. But it’s equally as true that we can’t do it all alone all the time.

Even Superman needed the Justice League. 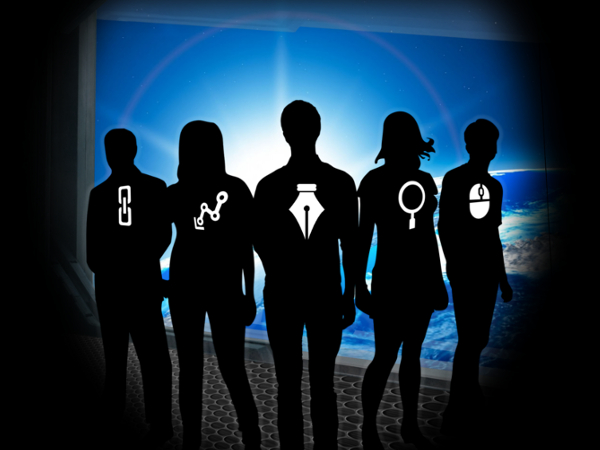 To clearly define my point: Yes, I’ll concede that you can build links (and optimize a site in general) all on your own. But you shouldn’t. The industry is becoming too complex, evidenced by a rapidly evolving search atmosphere, combined with the growth of content marketing and other internet marketing strategies. You might be able to go it alone for a while. You might even be able to do it really well for a while. But in the long run, I contend you’ll always produce better and more sustainable work (linkable content, backlinks, creative outreach tactics) in a team environment.

So enough theory! How do you build your very own high-functioning, extremely effective link building team? It’s all about finding the right people, teaching them to work well together and establishing clear expectations.

Hire people who have some level of every skillset. It’s really tempting to hire one person who can do outreach, one who’s an expert in research and site finding, and another who is a prolific writer. The trouble with this is that you’ve created a working group and not a team. A working group is just a collection of people who can do different tasks but nothing overlaps. Each person is one stop along the assembly line of the project. There’s little synergy, almost no accountability and lots of potential for details to fall through the cracks.

Instead, hire people who are savvy in all aspects but an expert in one. This way one person can carry the burden of that activity (“I run point on research and site finding...”) but others can help out when necessary or brainstorm new tactics when the team hits a wall (“...but don’t do all of it myself; it’s a team effort.”)

What if you can’t find people who are savvy in all aspects? Hire people who have the potential and willingness to be savvy. You can solve the rest with…

I always make a list of core skills team members must learn. Some include:

Essentially, I ask myself, “What are team members likely to do on a daily basis? What skills must they have?”

The trick, in my opinion, is teaching these skills. I prefer a four step approach:

I usually do the last three steps back-to-back. I also sometimes add in a fifth where they do the task by themselves a day later. As a real-world example it would look like this:

Teaching processes is less about tasks (which is effectively what we’re teaching under “Core Skills”) and more about workflow in terms of your team. Our teams, for example, are pretty defined in how they meet, when they meet and how they decide which tasks get done. Specifically, our team meets every morning to talk about the progress of clients, decide which tasks need done and who’s going to do them. They also have processes on how they will decide to have a planning meeting, what those meetings should entail and how they will run.

Notice that this is a more autonomous structure. We leave a lot of decisions in the hands of our teams. This is another benefit of working in teams. Additionally, more autonomous teams have a higher propensity to innovate and creatively solve any problems they encounter.

I obviously can’t tell you how to teach processes to your team because you’ll have your own. My best advice is to be aware and take notes. It doesn’t have to be formal, but in some way acknowledge, “This is how we do things.” Encourage your team to know that and be open to changing it when necessary.

Sounds childish, I know, but what I really mean is that you should find out about the different personalities your team has, discuss them and discover the best ways to work together. The best reason for why you should do this comes from a story on my team.

There were four people on this particular team. One person (Jill) was a quiet individual, very introverted and soft spoken. Jack, who sat next to Jill, was also quiet, but Jack tended to be more direct and forceful. While he spent most of his time with headphones on, tuned into his task, when he did speak his words came across as commanding and angry. Consequently, Jill saw Jack as just a mean person, and eventually things came to a head.

After spending some time talking about each other’s personalities, Jack and Jill (and myself) learned some important things about each other. Most importantly, that Jack wasn’t trying to be mean, and wasn’t aware he came across that way. It’s just the way he communicated. Similarly, Jill began to recognize that she was a little more sensitive than most people. As they talked, they began to learn different ways in which they could interact to help them work together better.

So how do you get your team talking about their personalities?

Let me be the first to admit: tests aren’t 100% accurate, ever. Don’t take it as gospel truth, but instead use it as a launching point. Here’s how I do that:

Each test usually takes 45 minutes. You can block out a whole day if you want, but I usually do one a week so that everybody is always thinking about their and their team members’ personality. The key is for people to be aware. We’re all different, but we have to be open to working with each other. Knowing each other’s tendencies and personalities helps with accomplishing that.

Finally, and just as important as anything else, clearly define what you want your team to achieve. It sounds dumb and simplistic and childish. It’s not. This is honestly one of the biggest pitfalls I see. You have a group of super-educated people in a room who get along really well. Why haven’t they produced an end result? Because it wasn’t clearly defined.

I would go so far as to suggest that every day should start with this question: What do we want to achieve for this client?” Don’t give a step-by-step roadmap. Your team should be trained enough to figure those out. What is the goal? What are the expectations? You must define these. Tell your team very clearly what the goal is and then check to make sure they are crystal clear on all points relating to both goals and expectations. Then release them to do the work.

This sounds very nice and easy and simplistic -- common sense, some might say. But “common sense” doesn’t equal “widely practiced.”

Additionally, no battle plan survives first with the enemy. All of the above is perfect world scenario. The true test is if you can take this and apply it into your situation and team, adjusting as you go. But if you can hit these major points:

I guarantee you’ll be well on your way to building a strong link building team. Remember that it won’t be easy, and at times you’ll feel like it will just be easier to go it alone. It may be, for a while, but like Speedy you’ll find yourself in over your head. Remember -- even Superman needed the Justice League.

Popular Related Posts
Diversifying your Backlink Portfolio with 86'd Tactics
Planning a Link Building Campaign: How to Organize Your Efforts
How I Got Content Marketing and SEO on the Same Team
Colby Stream

Colby fell into the SEO industry entirely by chance. He was working with a small antique business (shipping quilts around the world) at the time he discovered Page One Power. As it turns out, his degree in Communication (Boise State) and experience in the freelance and journalism world prepared him perfectly for the industry. He now co-leads a team on the P1P production floor. In his spare time he studies leadership and maintains a site dedicated to resources for leaders.