Google makes a large portion of their revenue from ads in search. To sustain this revenue (or even grow it), Google must maintain their user base. Key to maintaining that user base is ensuring they return high quality search results. Spam can have a drastic effect on the quality of results Google returns. Matt Cutts (head of Google’s webspam team) is charged with removing spam from Google’s results and punishing the gaming of their search algorithm.

The way that Cutts and his team fight spam is by administering penalties.

The actions taken against MBG garnered a large amount of publicity and caused quite a stir within the SEO community. Google’s decision to target MBG represents their most recent campaign to spread FUD (fear, uncertainty, and doubt) in order to achieve a desired change.

How it All Started

This FUD campaign against guest blogging actually began before any action was taken against MBG. The initial volley came when Matt Cutts wrote this infamous post on his blog, essentially putting guest blogging on notice within the SEO community.

Then nearly a month later, Cutts took to Twitter to announce that Google “took action on a large guest blog network” (Note: Rae Hoffman did report that Matt Cutts announced they would be doing this at SMX West)

Cutts’ tweet portrays that this was simply Google fighting spam on the web. However, if we look a little deeper into the move to penalize MBG we can see that this is actually an orchestrated FUD campaign against guest blogging with MBG as the martyr.

The Targeting of MyBlogGuest was Deliberate

The decision to specifically target MBG was measured. Google’s actions were much more efficient at creating FUD than punishing guest blogging links.

MBG was the most well-known and popular community for guest bloggers. Google knew that targeting the top community would attract a lot of attention. Ann Smarty, Owner of MyBlogGuest, suggested this herself in her comments to Search Engine Journal:

Another reason that the MBG penalty caused such a stir is that there are other sites that facilitate guest blogging out there that many would argue are more deserving of a penalty. There are sites that blatantly exchange guest posts for money, but instead Google chose to target MBG.

Smarty spoke to this on Search Engine Watch:

By penalizing MBG, Google sends the message that all types of guest blogging are against their guidelines and could get you into trouble. If Google had targeted one of the other less-reputable guest blogging sites, it would not have drawn as much attention as these less-reputable sites are known to violate other Google guidelines and the penalty could be blamed on that.

Instead Google decided to punish the most transparent and open guest blogging community on the web.

As a whole, MBG is not a spammy link network like the kind Google typically penalizes. (Although Matt Cutts did refer to it as such in a tweet)

@n2tech when we take action on a spammy link network, it can include blogs hosting guest posts, sites benefiting from the links, etc.

While there may have been some low-quality guest blogging occurring within the MBG community, many of its members were writing guest posts that contributed to the overall value of the web.

Still, Google decided to penalize all MBG members, to set an example.

The MBG penalty creates a fear that no one is safe when guest blogging. I believe Google targeted MBG deliberately so they could cultivate that fear.

MyBlogGuest Represents a Small Portion of all Guest Blogging

Although MBG was the largest service of its kind, the guest posts published through it only represent a small portion of guest posting online.

By penalizing the MBG community, Google has only just scratched the surface of guest blogging links. However, by torching a whole community Google sends the message that anyone could be next. Their actions were more symbolic than practical.

The penalty to MBG was much more effective at generating publicity than actually putting a dent in links from guest posts.

All the Penalties Were Manual

Another indication that the actions Google took against MBG was a FUD/PR campaign is that all of the penalties were manual.

This suggests that Google doesn’t actually have a way to detect guest posts algorithmically (as of yet, at least). All of the penalties handed down were connected to MBG, showing that Google manually went in and found sites using MBG’s service.

Since Google can’t detect guest posts algorithmically (and manually finding all of them is near impossible), conducting a FUD campaign to discourage people from guest blogging altogether provides an alternative remedy.

It is important to keep in mind that this was a manual, specific action taken against a singular community. Due to the fact that Google can’t pinpoint guest blog links algorithmically and the number of links from guest blogs is too large to individually detect, Google took manual action to make an example out of MBG.

Unfortunately, the FUD Campaign is Working

Despite initial support for Ann and MBG on Twitter (and the creation of #isupportmyblogguest hashtag), it seems that Google’s FUD campaign is working.

A perfect example of this is Econsultancy’s decision to nofollow all bio links for guest bloggers.

This is proof that Google’s FUD is working as a prominent site like Econsultancy is scared to provide dofollow attribution links to their guest authors and are instead taking a “safety first approach” and applying the nofollow tag.

This statement from their post explaining why they are now making links nofollow encapsulates what Goolge aims to achieve with these FUD campaigns:

This is very troubling. Although Econsultancy knows they hold a high standard when it comes to guest bloggers, they are nofollowing their own editorially placed links because they are afraid of being penalized.

Why Attack Guest Blogging with FUD?

With Matt Cutts’ blog post and the widely publicized MBG penalty, Google’s spam team has executed a FUD campaign against guest blogging that appears to be successful as sites are scrambling to nofollow links. In fact, Google’s recent actions even have SEOs afraid to post on their own sites.

So why is Google attacking guest blogging with FUD?

As I mentioned before, the reason Google has resorted to FUD is because it appears they currently have no way to detect guest posts algorithmically. But tactics aside, why guest blogging specifically?

I believe this is because spammers have been scaling low-quality guest blogging to acquire links, and those links have value.

Think about the effort that Google is putting forth to conduct this FUD campaign. The fact that they are going to this much trouble shows just how powerful links really are. Google isn’t trying to spread FUD regarding social media, because social media has no direct SEO value. They are spreading FUD in the realm of links because they are still a major factor in terms of visibility in their SERPs.

Econsultancy even acknowledged the power of links in their “nofollow” post from before:

So even though Econsultancy knows that links are valuable, they are going to deny their guest authors that value. (Russ Jones raised some good points regarding this issue on Twitter)

Despite speculation around Google using alternative signals for rankings, it is clear that links still have a major impact on search results. Links have always been at the core of Google’s search algorithm and recently Matt Cutts reaffirmed their importance in a Google webmaster video .

Updates like Penguin and Panda were created to fight link spam at the algorithmic level, but it appears Google does not have the ability to do that with guest blogging spam. Unfortunately, that means they must resort to these types of FUD campaigns and sites like MBG wind up being collateral damage. Links from guest blogging are valuable and can impact Google’s search rankings and this is why they are targeting guest blogging so aggressively.

As I stated before, Google has a few billion reasons to protect the quality of their search results and they will combat spam by any means necessary. Google is focused on battling link spam because links have the greatest impact on search results. Regrettably, if Google is unable to fight that spam algorithmically, they employ FUD tactics and sites like MyBlogGuest can end up becoming martyrs to set an example.

In my opinion, this type of FUD campaign from Google is counterproductive.

Don’t get me wrong, I am all for Matt Cutts and his team fighting spam that pollutes the web. However, I do not agree with their choice of tactics in this occasion.

I disagree with Google’s actions because while they may turn some spammers away from guest blogging, sites like MBG that are trying to add value to the web end up getting caught in the crosshairs.

Also, the FUD created by this strategy is causing reputable sites (Econsultancy, WordStream, Moz, etc.) to second guess their links and actually go against Google’s advice of treating users and crawlers the same. I believe this actually hurts Google’s search results as these editorially placed links are endorsements from trusted sites. If these links are nofollowed, Google is not getting the whole picture when attempting to rank sites/content. 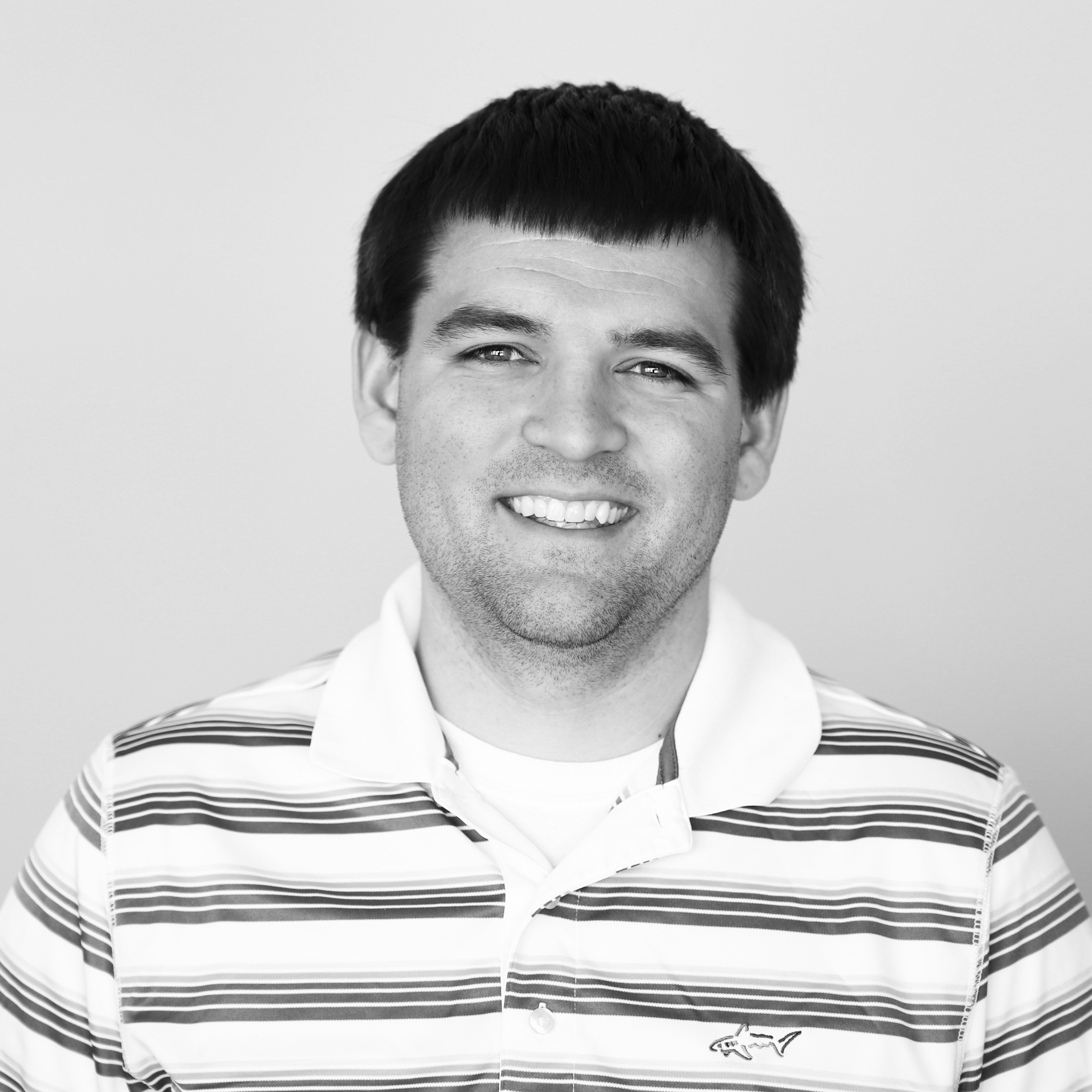 Andrew Dennis is a Content Marketing Specialist at Page One Power. Andrew is an alumnus of the University of Idaho and consequently a lifelong Vandals fan. You can connect with Andrew on Twitter or LinkedIn.

Want to work with a top SEO agency? Fill out the form below and an in-house expert will contact you to put together a strategy specific to your company’s needs.