Why do we call this site Linkarati? Who came up with the name? Did we just steal it?

I promised I'd get around to this, and now I finally am. Several people have asked us about this website's name so it's time to tell the whole story, which goes further than just the name.

Jon Ball, my boss and Linkarati's Co-Editor in Chief asked me to do something about the name before we launched the site. I kept getting busy and putting it off, but then other people started asking as well.

@DustinVerburg Who originally came up with the 'linkarati' term? I think I first heard (read) @justinrbriggs use it a few years ago.

That was almost a month ago, so I know you're all overdue for an explanation. That conversation also led to some other interesting things, but we'll get back to that a bit later as it's all part of the Linkarati story. 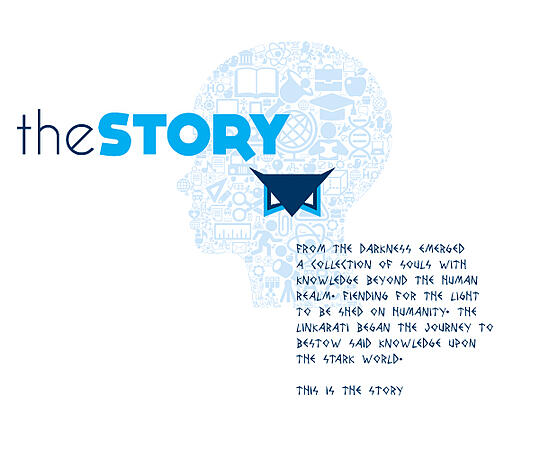 As you probably know, Linkarati is a Page One Power venture. The site came about because we needed a new place for content and because our content team was growing. Though we were proud of the P1P blog (it had a lot of great content), it was pretty difficult to foster engagement and receive worthwhile writing from guest contributors. The guest contributions we actually posted and approved were generally amazing, but we wanted more. We also wanted more comments, shares and general interaction.

Though the P1P blog was doing better than it ever had before, (and it is, at present, doing better than this fledgling site) we figured that people might respond better to a non-agency site. Even if you're reading a fantastic blog from a credible, reliable and trustworthy agency, there's still a looming sales pitch. Sales pitches have their place, of course, but they don't facilitate community.

A link building community was what we wanted to create. There are a ton of other sites that talk about link building every once in a while, but we aimed to build a site that was all about linking building: a place for link builders of all experience/ability levels to write, comment, interact and share ideas. That seemed much more feasible without an agency name attached.

At the same time, we're not making any attempt to hide that Linkarati is a P1P joint. Our staff is comprised entirely of various members of the Page One Power creative team. You know who we are and where we come from, but this is a separate space.

So, we had a concept and a team-- we just needed a name.

Linkarati seemed like a natural name to us for one specific reason: we've had a conference room named 'Linkarati' for nearly as long as I've been with the company, which is closing in on 2 years. 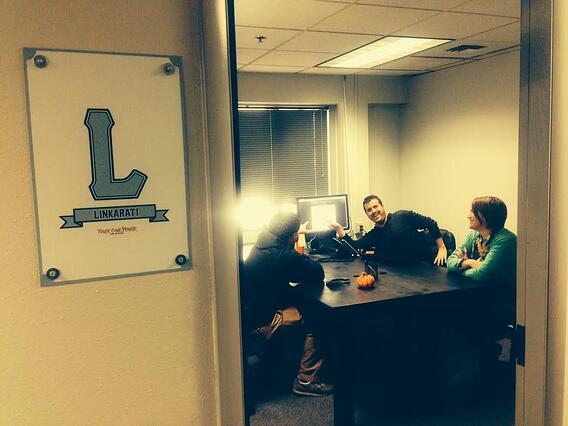 I didn't remember naming any of the conference rooms, however, so I asked P1P's production manager Joe Oliver how the room got its name:

"As Page One Power grew, we ended up needing more than one conference room. As demand for the conference rooms grew, we had to name them just so we could book them and tell them apart. I think it was Colby Stream who suggested the name Linkarati in a meeting we had. So we came up with the No-follow Room, Northern Headquarters and Linkarati. Pretty short story."

Joe didn't seem to know how Colby Stream came up with the name, so I decided to email him.

This was Colby's reply: "I actually found it in the P1P glossary. We were looking for names, and I decided just to glance through it. I had no idea what it was at the time, but I thought it sounded absolutely awesome."

The glossary. I didn't write it, but I have spent countless hours editing it (and it's still not done, if we're all being completely honest here. pls don't fire me, Jon), and I'm not even the only one who's worked on it. Using my uncanny internet detective skills, I clicked a single link and did a ctrl+f for 'Linkarati'-- I found nothing. I know it's gone through dozens of revisions, though, so that doesn't necessarily surprise me.

(Edit 3/4/14: I am a total dork and a possible chowderhead. I just searched for the wrong spelling of Linkerati/Linkarati in our glossary. The P1P glossary says: “Linkerati: The linkerati are an elite group of people who are high-use internet practitioners that generate content, build web presence and increase the amount of linkages to sites they see as valuable. This group is very effective for purposes of link building.” Everyone thank Patrick, who is somehow an even better internet detective than I am because he has basic comprehension skills. I apparently do not.)

Since it was in our glossary and I know who originally wrote our glossary, I know where she got it. Here comes the bombshell.

The History of the Word 'Linkarati'

So yeah, I guess we kinda stole it.

That earlier Twitter conversation with Patrick Hathaway and Justin Briggs was great because it made my research way easier. I knew that the term Linkarati (different spellings aside) was originally a Moz concept, but I didn't know when it came about. Thanks for doing my work for me, Rand!

In all seriousness, that was a huge help.

In that blog post from 2006, Rand Fishkin describes the 'Linkerati' as "the targets of linkbait." Journalists, forum posters, bloggers, viral connectors, content creators, etc. The people who create links and get clicks. Much like the Illuminati (or, much more importantly, the Twitterati) is a small group of people that controls the world and determines what the public sees, the Linkerati determines what the internet sees: with links!

Though we spell it differently, the concept is the same. And Colby's totally right-- it's an awesome word. Thank you for the things that materialize out of your brain, Rand.

So, with name and concept in hand, it was time to make a website.

Once we had a name our designer/art director, AJ Ogden, and I got to work. We knew we wanted the website to look a little bit different, and 'Linkarati' conjured different Masonic and occult images in our minds. It was tempting to take that imagery too far, and it was also tempting to build an elaborate back story for the website (as this blog post's first image implies)-- in the end, though, we settled on just using the imagery for flare and making the website as straightforward as possible.

We originally used the P1P color palette, but Jon and Zach Ball wisely asked us to change the color scheme to set Linkarati apart from P1P. From there our imagery went through several evolutions, and the site layout follow right behind.

With the color palette and an aesthetic settled, AJ settled on a few (hopefully) iconic images: the Linkarati Owl, the crystall ball and that friendly arrowhead/dagger fellow to the right who follows you down the page and winks at you. He's a charmer.

The website is still a work in progress, and we have a long time to go before we're the web's premiere destination for link building, but we'll get there. Our team is great, we have some fantastic contributors lined up and we have a blinking arrowhead. How can we lose?

Popular Related Posts
Link Quality, Not Quantity
There Are No Participation Trophies in Search
Links Are Earned, Not Given: Why Your Content Isn't Link-Worthy (And How to Fix It)
Dustin Verburg

Dustin Verburg is the former Creative Director and Community Manager for Linkarati. He also worked as a Marketing Specialist and Social Media Strategist for Page One Power. Dustin writes about marketing and music for various print and web publications. When he’s not writing, Dustin plays in Boise-area punk bands and frowns at the huge pile of books and Marvel Comics he hasn't gotten around to reading yet.