The Importance of Value Proposition 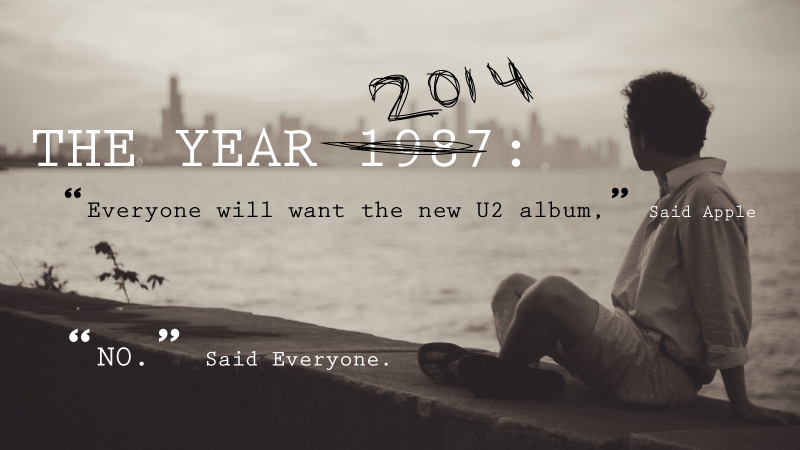 As Cory Collins said on this site not too long ago, link building is really just promotion.

I have long believed this to be true, and what I love about link building is that it is its own distinct variety of promotion. Traditional promotion is largely impersonal. A promoter is going to replicate the same message to a large group of people simultaneously. Link building is different. It requires one-on-one engagement, or at least it should in order to be effective.

The inboxes of influential webmasters are inundated with link pitches, some spam, others spam by association. The link pitch--the promotional phase-- is the most crucial stage of link building, yet so many link builders/SEOs barely put in the effort. They’re too focused on their personal end goal, and not on the potential benefits for the webmaster they’re contacting.

I’m talking about value proposition, a crucial component of any marketing campaign. If you don’t explicitly state the value of what you have to offer to your audience, your audience is not going to see it for you.

One brand that has mastered the value proposition over the past decade is Apple. I remember living in 2005. No one was asking for a phone that played music, until Apple persuaded so many us on the idea. Now it’s expected that 1.75 billion of us will own a smartphone by the end of this year.

But even the best can falter. No matter how big, important, or generally admired you are, if you aren’t building the right message for the right audience, you’re setting yourself up for failure. Never more was this clear than in Apple and U2’s recent public blunder.

With Or Without Your Consent

I’m a huge fan of (early) U2, and I was annoyed at once again having to begrudgingly play the role of U2 defender these past couple of weeks. I was even more perturbed this time because up until recently, I really didn’t think they or Apple did anything wrong. Certainly this seemed minute to me when measured against other Apple controversies.

I haven’t been particularly keen on their music since around the time the band forged their relationship with Apple and Bono forgot the numbers 4-13, but there’s no doubt that I was going to listen to their new album anyway. Thanks to Apple, I didn’t even have to wait for it to download. Truthfully, it didn’t occur to me that there would be considerable public backlash. Yes, Apple was forcing it into your iTunes, but that’s not the same thing as being forced to listen to it. There are albums I have voluntarily uploaded into my own iTunes that I’ve still never listened to (I’ll get to you eventually, Roxy Music discography). And who doesn’t like free stuff? 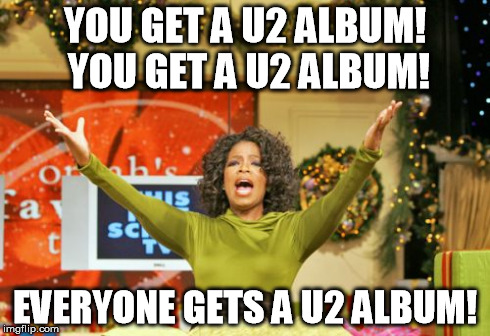 A few days and a new page on the Apple site devoted to moving files into your trash bin later, and I came to realize what Apple and U2 had done was in poor taste. This was the worst thing to happen to U2 since they got trapped inside of a disco lemon.

This shouldn’t have been that difficult. Despite all of the snark that’s been targeted their direction in the wake of Bonoghazi, U2 is arguably the most popular band in the world, and have been for a few decades. It shouldn’t have been such a tough sell, particularly since there was no sale! It’s a free album! Yet Apple found themselves mired in controversy. But even the emperor can find himself with no clothes in the public (especially if cyberterrorists hack into his iPhone). It appears to me that Apple got swept away by their own hype machine, and forgot the “i” in iTunes.

What I’ve always loved about iTunes is that it’s a free, user-friendly application for my favorite music. My iTunes is a reflection of my tastes. Not only can I upload any music I like into this one stop shop, I can then devise my own playlists to accompany me for any lengthy bike ride or drive.

What Apple did may have seemed harmless to them, but it was unnecessarily intrusive. They should have offered users a choice to download the album for free, not simply assume that everyone would want it.

It’s a rare display of utter arrogance on Apple’s part. They’ve earned enough brand loyalty over the last fifteen or so years that they figure they can market just about anything and their consumer cult will salivate. We all know those Apple zealots, the ones who conquer noise in the Twitterverse whenever a new product is announced; the ones that were coaxed into paying to see that Ashton Kutcher movie last year.

But an Apple fanboy does not necessarily a U2 fanboy make, and they did zilch to clarify what benefit the album would provide their consumer base. It was all just kind of creepy. It felt like a desperate boyfriend trying to unveil a lavish but impersonal gift to his increasingly distant girlfriend.

This move was indubitably a part of Apple’s large-scale promotional strategy for the iPhone 6 and the Apple Watch. And to longtime U2 fans like myself, Songs of Innocence has value. But it’s not 1987: not everyone is a U2 fan anymore.

In marketing, it’s crucial to convey the value proposition. Even when the value is apparent on your end, it may not be to your audience. You have what your audience wants, but if you don’t care to elaborate on why that is, they still will not have found what they’re looking for.

You would think if anyone knew about cutting through all the noise, it would be U2. U2 became incredibly popular during the 80s, a decade when loud was proud. I’m talking the era of Guns N’ Roses, Def Leppard, Twister Sister etc. Even though the frontman was equipped with the fashionable mullet, the table wasn’t really set for a group Clash worshiping Irish boys with their heart on their sleeve.

How did they get to be arguably the most popular band of their time? As silly and pompous as it seems, they had a sincere belief in changing the world one exhilarating anthem at a time. They had a message of subsiding the turbulent violence in Northern Ireland. They were unreserved in conveying that earnest, hippy-dippy persona, but it worked: they found a like-minded audience by sticking to those messages. And it doesn’t hurt that Sunday Bloody Sunday is a bloody great song.

At this point, I find it disappointing that U2 is more brand than band. They’re a new Rolling Stones in that respect. But back when they still possessed their unforgettable fire, they were a poster child for drawing attention by explicitly stating your worth, however inadvertently.

You’re never going to cut through the overpowering licks of hair metal if you don’t differentiate your value from the rest of the pack. Not everyone can see your value: it’s okay to properly point your audience in the right direction. And that’s something every marketing person should appreciate, including link builders.

Popular Related Posts
How to Submit Blogs: Guest Posting Do’s and Don’ts
Links Are Earned, Not Given: Why Your Content Isn't Link-Worthy (And How to Fix It)
Creating Content for Your Target Audience
Jesse Stoler