HTTPS As A Ranking Signal - Why You Shouldn’t Worry 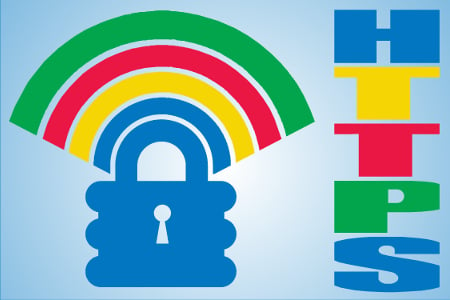 So, not surprisingly Google’s recent announcement of integrating HTTPS as a ranking signal (even as a “lightweight signal”) peaked the interest of the SEO community.

Here is the official announcement from Google: 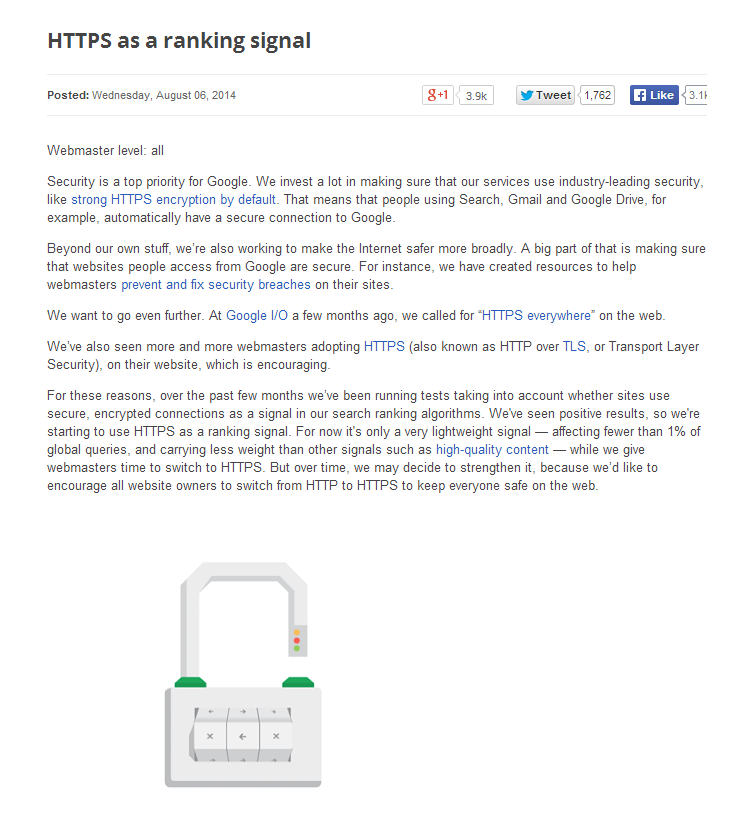 This is Google’s way of saying that encryption could kinda, sorta, maybe be a ranking signal. No one does wishy-washy better than Google.

The key takeaway from this announcement is this, “For now it’s only a very lightweight signal”. While Google is characteristically vague in this announcement, they do clearly state that HTTPS does not carry much weight in terms of rankings, at least for now.

for the record, there's about 100 things you could do right now that would have a bigger SEO impact than switching to SSL.

In fact, Erin Everhart recently wrote a post for Search Engine Watch that spotlights seven things that will help your SEO more than HTTPS.

No Need for Panic

Unfortunately, the internet is well-known for it’s ability to spread and propagate misinformation. Proof is that this article actually appeared on PC World a day after the HTTPS announcement: 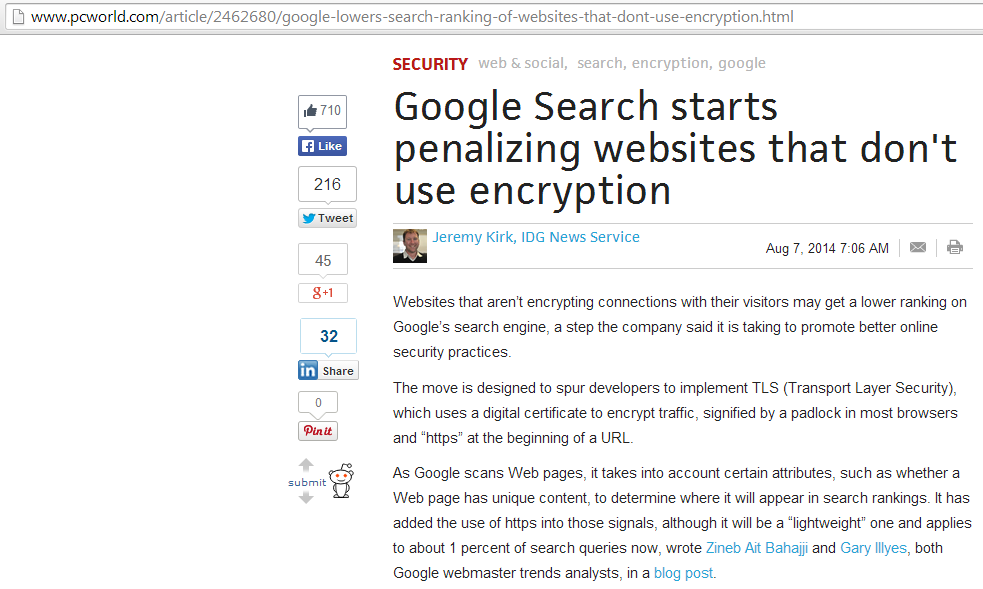 Google has said absolutely nothing about penalizing sites that don’t use HTTPS, yet PC World is reporting exactly that. This is a perfect example of how the industry often overreacts to Google’s ambiguous announcements and how easily and quickly this type of misinformation can spread.

However, thankfully not everyone in the industry has bought into the HTTPS hysteria. Paul Shapiro reminded us that this will be a minor signal:

Google Starts Giving A Ranking Boost To Secure HTTPS/SSL Sites http://t.co/5fhWiTKxA9 < guys, it's going to be SO MINOR of a signal — Paul Shapiro (@fighto) August 7, 2014

And Dan Shure explained the process of how articles like the one that appeared on PC World come about:

Also, Bill Slawski made a great point regarding the legitimacy of using HTTPS as a ranking signal:

The information on my site wouldn't change if it were switched to https, so should https really be a ranking signal? — Bill Slawski (@bill_slawski) August 7, 2014

For more industry reaction (including some pretty hilarious/sarcastic tweets) check out SEL’s post.

While there hasn’t been enough time to collect a substantial amount of data on the impact of switching to HTTPS, Barry Schwartz has been tracking the effects of migrating both Search Engine Roundtable and his corporate site RustyBrick to HTTPS, and he has some interesting posts regarding those changes.

Do What Makes Sense

The fact remains that Google is only stating that they are introducing HTTPS as a “lightweight signal” - nothing more, nothing less. If transitioning to HTTPS would be relatively easy for you or pertinent to your business (i.e. E-commerce), then by all means make the switch.

However, if it would be quite difficult to convert to HTTPS it may not be worth the burden, and you might be better served to implement some other proven techniques to improve your SEO.

Crispin Sheridan expressed a similar conclusion in his article on ClickZ:

“About the only instance I can see where a site might consider the transition from HTTP to HTTPS is if complete site migration/redirection was already under discussion for other reasons (overcoming site penalties, complete corporate rebranding, etc.) In those instances, if a company is already considering a complete site migration and the process of redirect mapping is already under way, then the organization may want to consider taking the extra step of shifting the entire site to HTTPs.” - Crispin Sheridan

As I mentioned before, another possible reason for transitioning to HTTPS would be if it were appropriate for your business and best for your site’s users. Daniel Cristo discussed this point in a post he wrote for Search Engine Land:

“What should you do about switching to HTTPS? When in doubt, do what’s best for users. If you run a site in the e-commerce, financial, search, social networking or related fields, you should already be running HTTPS on it...On the other hand, if you’re running a blog, brochure site, news site, or any sort of information site where users don’t provide you with any personal information, I would recomment not using HTTPS...Long story short: if you make the switch, do it for the users and not because Google said it’s a ranking signal, because it really isn’t.” - Daniel Cristo

These two quotes highlight the fact that it depends on your site, but more than likely you don’t need to worry about HTTPS just yet.

However, if you are considering making the change to HTTPS, here is a video from Google that might be helpful:

And some answers regarding HTTPS from Google’s John Mueller (at 29:05):

Again, Google has stated that HTTPS is only being introduced as a lightweight signal that affects fewer than one percent of global queries. If you are already in the process of migrating your site or run a business for which HTTPS would benefit your users, then by all means you should consider transitioning to HTTPS. If not, there are most likely other SEO factors you should be worrying about.

Popular Related Posts
Google Drops Authorship – What You Need to Know
Google Penguin Moving to Continuous Updates
Google's RankBrain Algorithm: What, How and Why?
Andrew Dennis