If there’s one quote that will be married to Bill Gates’ legacy, it’s this one: “Content is king.”

He said this back in a 1996 speech, in reference to what he suspected would spur the impending online revolution.

Anyone who thinks Bill Gates is infallible is delusional; he’s been sued more times than a subpar surgeon with a hefty financial stake in Marlboro.

However, I still firmly believe that Gates’ 1996 assessment rings true even eighteen years later. It’s difficult for a website that possesses no valuable/inspiring content to gain any kind of traction in the race for online visibility. Not impossible, but difficult to be sure.

It’s baffling to me how he was able to make a prediction that would ring true for as long as it has. That’s probably why he’s a billionaire and I’m not. Think about all the things were popular in 1996 that aren’t anymore. Meg Ryan. Frosted tips. Television news minus the partisan slant.

How long can content really stay king? It’s hard to say. Content constructs many guises as a way of deterring abdication. Did you write a blog about the seeming indestructibility of the military-industrial complex? Boom. Content. Did you make an infographic that provides visual detail on the rapidly declining amount of aquatic life? Boom. Content. On the lighter side, did you film a video of your precious kitty Buttons playing the opening notes to John Lennon’s “Imagine” on the piano? Boom. OUTSTANDING content. 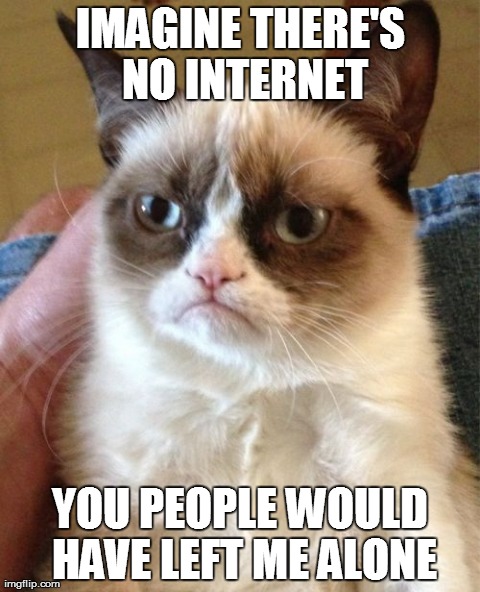 18 years pales in comparison to, say, the 59-year-reign of George III. The latter years of George III’s rule have been historically been characterized by his descent into stark raving madness.

I would argue that content has gone “mad” in some sense. There is plenty of great content that populates the internet. But I’m a link builder/content marketer: there’s plenty of bizarre content out there as well.

Unlike George III, content cannot attribute its madness to a posthumous diagnosis of Porphyria. If content were to undergo psychoanalysis, even a student in a survey of psychology course would swiftly be able to pinpoint the source.

The same year that Bill Gates decided to bestow the crown upon content, two Stanford undergrads combined their engineering and programming skills to create BackRub, a search engine that used the sum of a domain’s backlinks as the primary ranking factor. BackRub became so popular that it eventually crashed Stanford’s servers. Think the first 20 minutes of The Social Network, sans the misogyny.

Those two undergrads were named Larry Page and Sergey Brin, and in the aftermath of BackRub, they created Google. Never heard of it? Google it.

In the years since 1996, Google’s algorithm has undergone some radical overhauls, but it’s undeniable how much the current incarnation of their algorithm still values quality, relevant backlinks.

Because the most powerful website in the world has assigned so much power to backlinks, a large amount of SEOs have made large amounts of money manipulating Google’s algorithm by building spammy links.

Oftentimes, spammy links are in the form of a blog comment. As anyone who operates an authority blog will tell you, it can take hours to sift through every individual comment that is “awaiting moderation.” The large majority of those comments can be nauseating displays of the English language and/or sales copy.

Blog comment links CAN be built in a white hat manner, but their reputation has indubitably been soiled.

Google implemented measures that lessened the value of spamming blog comments. As valiant as Google’s efforts were, the following can safely be said:

No matter what methods you “rob” them of, spammers will find always find alternative ways to pollute the internet.

In my opinion, blogs and infographics are two of the best forms of content the internet knows. Both of these have been used as instruments of link acquisition for almost as long as there has been a Google.

The instrument hasn’t always been played like a Stradivarius however. Spammers found a way to play guest blogging like a rickety, untuned guitar that your upstairs neighbor plays “Hotel California” on until 4:00 in the morning.

Recently, Google has been handing out more penalties than a referee at a Seattle Seahawks game. The most famous example in 2014 to this point is Google’s smackdown of MyBlogGuest, “a large guest blog network.” That’s what Matt Cutts erroneously labeled them as in a tweet.

In actuality, MyBlogGuest is a community for guest bloggers.

I know this because I have spent a significant amount of time on MyBlogGuest. To be perfectly candid, not every site that is looking for guest bloggers is reputable. There’s junk to be sure.

Here’s the thing though: as a guest blogger, I reserve the right to NOT publish on such a junky site. There’s nothing in MyBlogGuest’s terms of service that mandates I reach out to every single site looking for content. In fact, here’s the first entry on the ToS page:

So why were they hit with a manual penalty? It would be irresponsible of me, or anyone not employed by Google, to answer that question with 100% certainty. We all have our theories, and I do have my own as it happens. And when I say “my own,” let me point out that it doesn’t extend far outside of the conventional wisdom.

Back in January, Matt Cutts posted this on his personal blog. It’s a rant about guest posting. I like how the CEO of my agency described it to me on the day it was published: “This is his Jerry Maguire moment.” During the opening credits, the titular protagonist “grows a conscience” and writes a mission statement--not a memo--that focuses on how ruthless and money-grubbing he and his fellow sports agents have allowed themselves to become. It’s the definition of “DON’T HIT SEND!”

I appreciated my boss’ reference because it rang somewhat true. Also, I’ve seen “Jerry Maguire” more times that I care to admit.

Cutts made several alterations to the post in the subsequent days, including changing the title. What once was “The Decay and Fall of Guest Blogging” quickly transformed into “The Decay and Fall of Guest Blogging for SEO.” Even though he found himself wavering on key points throughout the piece, the message was out there: he was going to have to back it up eventually.

If MyBlogGuest is not THE poster child of guest blogging, it’s certainly one of them. Google does a lot of things exceptionally well, including capturing an overwhelming majority of the search market and spying on emails. Another thing Google does extraordinarily well is disseminate FUD. If Google had targeted a site with minimal name recognition and kept mum on social media, the SEO community wouldn’t be on high alert the way that it is.

I will freely admit the following: guest posting got abused. Any SEO who says otherwise is plainly wrong and doing our community a lot of damage. We can’t improve ourselves if we lie to ourselves. SEOs have been known to beat up lucrative tactics in the past.

Having said that, I find it irksome that Google is on this current penalty binge, and that sites such as MyBlogGuest suffer for it. It’s Google’s version of throwing the baby out with the bathwater.

Sometimes change is necessary though. History sees it over and over again: the longer power is held, the more likely the holder is to abuse it. There are exceptions of course. Franklin Roosevelt was President for so long that it prompted the 22nd Amendment; he’s widely considered one of the great American Presidents.

Content has abused its power, or more appropriately, the providers of content have abused their collective power. Even if you want to argue that Google has issued its reprimands unfairly, it’s not unfair for Google to act in its own best interest to ward off those who attempt to compromise its integrity.

As content providers, we can do better. More importantly, we SHOULD do better.

In the wake of the MyBlogGuest fiasco, I’ve read many correlation theories about rising revenue for AdWords. Yes, Google makes the majority of its revenue from advertising. Majority is almost too weak of a word here; advertising revenue makes up 96% of Google’s gross. Do you expect them to run the internet’s Dewey Decimal System for free?

A theory that coalesces from time-to-time is that the first page for competitive search queries will one day be nothing but advertisements. I will protest that day should it ever come.

I understand that Google is a business and they are legally allowed to implement whichever practices will lend them the highest profit margin, but I’m already losing net neutrality; I don’t want to see the most powerful website of my lifetime succumb to the will of corporate sponsors. That’s the Supreme Court’s job.

Google doesn’t want to see that either. They are smart enough to assemble a tool that scans hundreds of years of books to find ONE word in a matter of seconds; I think they’re smart enough to understand what their users expect from their core product. They expect results as unbiased as algorithmically possible.

Some SEOs (who shall remain nameless) put Google in something of a pickle there. Google continuously wars with spammers/black hat SEOs, and are forced to go overboard with their penalties.

So this is my advice for content if you want to remain on the throne: stay classy.

But keep in mind that the internet is the greatest communication/educational tool created in human history. Color me an idealist, but I don’t like when it’s used as if it were a just another “get rich quick” scheme. The internet is not an Amway product.

I know nothing in this world is flawless (save Meryl Streep), but just like Google, I want to preserve the integrity of the internet’s unofficial traffic cop too.

Bill Gates used to be the kingmaker of tech, but he has long since vacated his top position at Microsoft. Now he spends his days saving the world and sparing Bono from looking completely ridiculous.

The kingmaker role has been taken over by Google. As long as they have they have the power to make a king, I want content to remain that king, not ads or business listings. We as an industry must regulate ourselves to provide content that, yes, still seeks the almighty link, but is also for the betterment of mankind.

I pray that business listings/advertisements don't conquer Google, the same way Fortinbras conquers Denmark in the closing moments of "Hamlet." I can hear the final soliloquy now:

Let four Googlers
Bear quality content, like a carousel on the first page
For it was likely, had it been put on;
To have proved most royally: and, for its passage,
The spotify’s music and the clips of YouTube
Speak loudly for it.
Remove the spam: such as sight as this
Becomes the net, and shows a bleak abyss.
Go, bid the searchers search

Popular Related Posts
How to Make Sweet Music with Harmonious Link Building and Content Marketing
The Art of Content Link Building
Can You Have Too Much Blog Content?
Jesse Stoler