SEJ Summit 2016 in Santa Monica – A Page One Power Recap

My second ever trip to an SEO conference took me to sunny Santa Monica, California. Being a conference newbie, I felt very lucky to be attending a show at such an awesome venue.

Just check out the view from lunch:

Very hard to beat the lunch view at this conference, too #SEJSummit pic.twitter.com/qkh4l6rsG6

But SEJ Summit was more than gorgeous weather and beautiful beaches — the conference boasted an excellent lineup of speakers who shared strategies, philosophies, and insight.

Without further ado, let’s look at some highlights from “A Day of Keynotes” at SEJ Summit 2016. 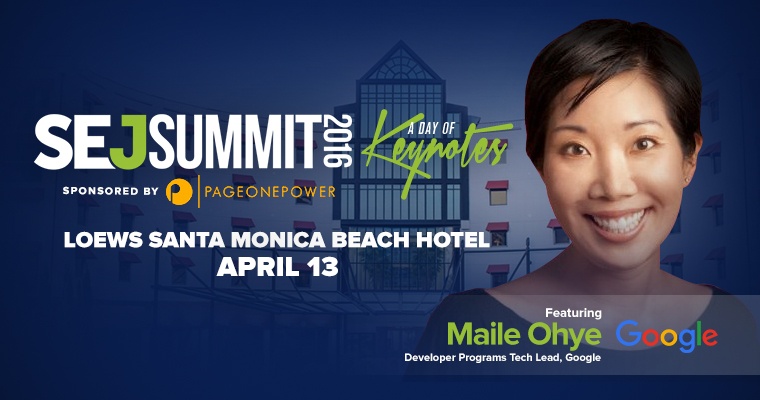 Maile Ohye kicked things off at SEJ Summit by discussing key considerations for search in 2016. Maile emphasized the importance of preparing for AMP multiple times throughout her presentation, so it's a safe bet to assume Google is serious about developing AMP and using structured data.

"Get AMP and Structured Data ready" - At @Google, "there's a lot of manpower behind AMP..." @maileohye #SEJSummit

What really interested me from Maile's presentation was how she talked about delighting the customer, rather than simply satisfying them.

Maile referenced a pyramid model that is based on the Ritz Carlton Gold Standard, which has three tiers: expected, requested, and delighted.

Delighted is everything the customer didn't request but what they actually need. @maileohye #SEJSummit pic.twitter.com/1XCPIL2lGA

In regards to customers Maile explained how performing at each level differs in terms of how your customers will respond.

My biggest takeaway from William's presentation was the number of valuable resources within our own existing networks of colleagues and peers.

Some of the points William highlighted in terms of using your network included:

William also stressed how important it is to take everything with a grain of salt, and that at the end of the day you need to distill all this information down to your own unique point of view.

Anne Ward discussed the evolution of technology and SEO in an increasingly mobile world.

Anne mentioned some specific points for how to optimize for mobile:

Anne cited how impactful Facebook instant articles will be as they raise the bar for speed and precision even higher. Users are going to expect pages to be served very quickly or they will lose interest and move on. SEOs must work hard and diligently to build fast, mobile sites.

Another fascinating takeaway from Anne's presentation was her idea of "the nth screen".

When you're dev a digital presence, consider nth screen: the merging of devices, ppl, & places to create a shared exp. #SEJSummit @annebot

Anne advised that there is no single dominant platform, and that instead we should be developing our digital presence for "the nth screen". 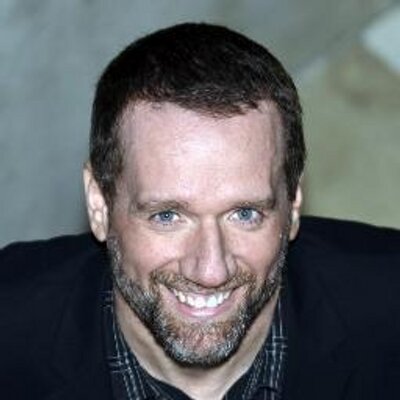 Jeff Preston from Disney talked about App Store Optimization (ASO). Tying into the points Anne Ward made about the movement toward mobile, Jeff explained how to boost the visibility of your mobile apps in the Apple App Store and Google Play.

Jeff mentioned that one great way to achieve visibility is through "featuring", which refers to being featured prominently on the first page of the respective app stores. However, he also pointed out that these featured apps are editorially selected by Apple and Google employees.

Featured and best new apps on AppStore are curated by Apple... not algorithically chosen. @jeffreypreston #sejsummit

Aside from featuring, there are some actionable strategies that Jeff outlined.

For the Apple App Store:

"Add links 2 the bottom of your app description in the Google Play store. Good way to get a little traffic." @jeffreypreston #SEJSummit #SEO

Jeff pointed out that organic user acquisition in the app stores is very difficult and offered some paid strategies.

These strategies included rewarding users for downloading your app through in-app prizes on another app and utilizing Facebook's ad platforms to drive installs. Jeff suggested using paid user acquisition to drive downloads and move your app up the charts for increased visibility.

John began his presentation by emphasizing the importance of focusing on the human users we serve.

"Everything we do in this room should focus on the user." @admanjaybee from @google #SEJSummit

John explained that user experience is extremely important, and that the rise in ad blockers is a direct result of poor user experience. John compared this poor UX to being in Time Square, where ads are prominent. Because of this, as blocking has increased over 200% since 2013.

John advised to forget about ad blocking and instead focus on making great ads. But he did present some potential pitfalls worth avoiding (with some help from Sterling Archer).

John also noted that 98% of ad blocking occurs on desktop, meaning there is still more opportunities for users to start blocking ads on mobile as well.

Melissa's presentation was focused on the idea that advertising and selling is really about making genuine connections with real people. She encouraged marketers to create an ownable identity for your brand, and then make your approach relatable.

Be real, be genuine. Be adventurous with your messaging. @melissapalazzoh #SEJSummit

Melissa showed a number of great videos during her presentation which all drove home a central point — stirring people's emotions is the best way to connect with them on a human level.

Humanize your brand by tapping into the passions, emotions of your target audience #SEJSummit 😅😍😱 @melissapalazzoh pic.twitter.com/4ttTqvqHSJ

One piece of advice from Melissa really stuck with me: her philosophy on how to approach your audience.

One of the key points I took away from Kevin's presentation: it can be easy to lose a lot of money if you're not careful with your PPC strategy. Conversely, Kevin pointed out that PPC is free when you do it correctly.

PPC is FREE if you are doing it right <-- I agree! Via @KevinHenrikson @sejournal #SEJSummit #sem #ppc #digital pic.twitter.com/9mVrFo2FSq

The main point Kevin kept referencing was that you shouldn't be afraid to fail, just make sure you fail fast and move on. The key to failing fast is to track everything you are doing so you know when to pivot. Kevin suggested making small, minor tweaks and to move on quickly when you see a strategy isn't working.

"If you don't track it you can't manage it." - @KevinHenrikson #SEJSummit ***#PPC words of wisdom*** @sejournal

Another key point in Kevin's presentation was the importance of ROI. Kevin made a powerful metaphor that compared ROI to breathing — without it you won't survive for very long.

Larry finished off the day with a bang with an entertaining and fast-paced presentation on paid social media marketing.

Two effective applications for paid social promotion that Larry outlined were social ads as a catalyst to get the ball rolling, or as an accelerant to take things to the next level. He suggested using paid campaigns to overcome the fact that social shares aren't exactly easy to come by.

Larry emphasized finding your best content (which he referred to as unicorns, and includes your top performing 1-2% of content) and promoting it with paid campaigns. Rather than spreading your money around and promoting everything, Larry adivses focusing only on your best pieces since they have the best chance for success.

Instead of promoting crap, promote something more interesting and your cost per click will go down significantly. via @larrykim #SEJSummit

Through higher engagement rates you can achieve a higher relevance score which leads to more impressions at a lower cost.

Larry stressed the importance of audience targeting and mentioned that if you cast a narrow net you can maximize engagement rates.

Larry also highlighted the power of social remarketing which can boast triple the engagement rates and double the conversion rates. He even mentioned a startegy called super remarketing which involves the following formula:

Larry said all of his strategies can be executed with 50-dollar budgets, making for some powerful and affordable paid social campaigns.

That concludes my recap of SEJ Summit 2016 in Santa Monica. I would like to thank all the speakers for sharing such great information and Search Engine Journal for putting on such a wonderful event. I hope to have the opportunity to attend more SEJ Summits in the future and I highly recommend you do so as well (especially if they're right on the beach!).