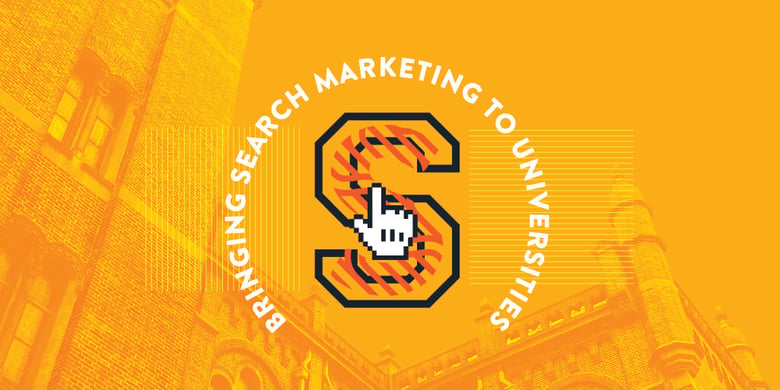 It’s a well-known trope for anyone who’s been involved with digital marketing for some time: ask 10 search marketing professionals how they got their start in the field, and you’ll probably get 10 different answers.

Marketing as a practice has existed for as long as people have traded goods and services with each other, but only within the last 120 years have we recognized it as its own practice. Marketing courses first began appearing on university curriculums in the early 1900s. Prior to this, formal education around the practices we now recognize as marketing were always approached as a branch of economics.

Unsurprisingly, an important change in the way people did business motivated the change in approach. Before technology that allowed for global trade on a massive scale, markets were a bit easier to understand. As the world became more connected, markets became bigger, the stakes became higher, and business academics recognized a need to shift the approach toward theories and practices pertaining to the distribution of goods and services. Marketing had become a field important enough to successful business that merited it’s own approach, classes, and specializations. Today, a business degree in marketing is as standard as one in management, finance, or accounting.

If marketing is a standard degree, why aren’t students being taught the skills that will support a modern career in the field, such as one in digital marketing?

Search as a focus within the marketing field emerged alongside the web. Software engineers, sales professionals, and students began to take interest in emerging search engines. It’s hard to say whether the pioneers of the search marketing profession envisioned a world where the average consumer had a computer in their hand nearly everywhere they went, but they knew there was opportunity in search that could not be ignored. These early adopters of the channel began to explore the ways you could apply marketing to the web, and the search marketing field began to grow.

As the web has changed, grown, and evolved, so has search marketing. It’s a dynamic field with relatively low barrier to entry that reflects the constantly-evolving environment it operates in. It’s new, it’s complex, and it’s often a much different job than that of the archetypal advertising executive sitting in a high rise office, sipping whiskey, and mulling over taglines.

Perhaps that’s why search marketing hasn’t yet made its way into the classroom.

David Schulhof is the CEO of U.K.-based search marketing agency Red Hot Penny. Schulhof, like many other search marketers, didn’t have any formal education specific to search when he began working in the field nearly a decade ago. He did have a degree in business management from the University of Surrey, but like many professionals in the field, he learned search marketing out of necessity. Early in his career, he and a partner had launched several websites and they needed to drive traffic to them. With his formal business education as a foundation, he learned about SEO and PPC with the help of SEO for Dummies and lots of hands-on practice.

After working in search marketing for close to a decade, Schulhof, motivated by a personal passion to teach, decided to return to his alma mater as a guest lecturer. The university was looking for alumni who could offer guest lectures, and Schulhof was excited to teach, something he’d wanted to do since his own time at the university. The university didn’t have any formal courses specific to search marketing, but Schulhof was excited to share what he knew.

During one of his first masters-level guest lectures, Schulhof was in the middle of a lesson on content analytics. As he lectured, looking out at the students sitting in front of him, he saw blank faces staring back. He paused and addressed the room of over 100 students.

Not a single hand raised. In a classroom full of graduate-level marketing students, not one knew what search marketing was — they had never even heard of it as a concept.

Schulhof was shocked. He returned to his office and asked some employees who had recently graduated if they’d had the same experience. They admitted that they had; they knew very little about search marketing when they were hired and had figured things out on the job.

“I then began reaching out to colleagues at other agencies,” Schulhof shared, “And they confirmed that very few, if any, professionals have formal education in search marketing. You sort of fall into it, or have to learn it when you get into a role. How, at 2018, going into 2019, aren’t people learning about search marketing?”

The average marketing student today graduates set on a career in areas like social media marketing, public relations, or influencer marketing. These are the visible side of digital marketing — we can understand them and aspire toward them, because we see the deliverables everyday in our own social media timelines. It’s worth noting that on many campuses these digital marketing channels aren’t necessarily better-represented in course material, it’s just that students are exposed to them in their everyday lives. Influencer and social media marketing are nearly as culturally-relevant as Kim Kardashian, music festivals, and the keto diet.

When asked why he believed there are discrepancies between modern marketing careers and the education students are receiving, Schulhof pointed to multiple factors. “It’s because of limited resources. Lecturers aren’t practitioners anymore, they’re full-time lecturers. There are lecturers who were teaching when I was a student, and they’re still teaching the same things. They’re not exposed to what’s happening in the real world, how things are changing and adapting. Universities just don’t have the resources to get industry practitioners to support them.”

Beyond the logistical challenges of securing practitioners who can lecture on search marketing, best practices in search marketing change often, and sometimes, unexpectedly. While PPC has definitive best practices, Google keeps the details of their ranking algorithm under wraps, which means many elements of SEO are speculative. Schulhof remarked, “Of course, there’s also fear of change. [Professors] don’t want to teach something that could change within the year they’re teaching it. There’s so much red tape and bureaucracy around course materials, you basically have to teach things that are locked in.”

But Schulhof sees these as barriers that can be knocked down. Motivated by his experience at the University of Surrey, he’s reached out to deans at more than 20 other universities and pitched search marketing guest lectures. Once he receives a response, he connects the appropriate point-person at the university with local practitioners who are willing to teach.

But Schulhof can’t do it alone. Schulhof has been lecturing at the University of Surrey for about 6 months, but he broadened the scope of his work back in December, when he posted on LinkedIn about his work and encouraged other search marketing professionals who wanted to get involved to reach out. His original post received over 200 engagements, and through social media and professional connections, he’s been able to connect more interested professionals with their local schools.

He sees many benefits to the work he’s doing: more talent for agencies like his to hire, better-educated practitioners in the field, and students given opportunities to learn skills that will practically support their careers. “Once they’re working in search marketing, they love it. They often just don’t even know it’s out there as an option,” Schulhof noted.

Schulhof hopes other professionals will begin to take the initiative to reach out to universities and volunteer their time to teach about search. He encourages interested professionals to get involved themselves, and remarked that he’s thankful that his original post on LinkedIn received the attention it did. “People keep messaging me, and it’s great. That’s what’s been giving me the ability to do this on a broader scale, because obviously, I can’t travel around the country and do this, so it’s great that other people want to take initiative at their local universities. There’s actually several people in the U.S. who have reached out to me, and I’ve explained what I’ve done so they can try it too.”

In the long run, Schulhof has bigger goals. In 2020, he hopes that search marketing will be part of the curricula in marketing classes. Though he acknowledges that teaching students about such a fast-changing topic has its challenges, he believes it’s only a matter of time before solutions are found. “I’m meeting with The University of Surrey next week to discuss how we can get search marketing in graduate-level courses,” he explained during an interview in late January.

Schulhof believes that the success of this work ultimately depends on search marketing practitioners. Most universities are eager for help when it’s offered, he explained. “This isn’t a crusade or some kind of commercial campaign. If people want to learn about what I’ve been doing and what works, they can connect with me on LinkedIn. But really, I just encourage people to go out and try it themselves.”

Schulhof is driven to share what he knows because he believes it will make the industry better. In a field established through trial-and-error and a hacker’s approach to problem-solving, shared knowledge between professionals has long driven the industry forward. It seems as search marketing education transitions to a formal one, progress will continue to be driven by the community. Schulhof remarked, “Some people have also asked me if there’s a commercial agreement. There’s not — it’s unpaid. It’s giving back. The next generation of marketers will have the right skills.”

Give David a follow on Twitter or LinkedIn to stay up-to-date with his work, or to find out how to get involved wherever local is to you: @d_schulhof