Is Link Building a Zombie?

I have a confession to make: I’m not a zombiephile.

This makes me an outcast in my group of friends. When they start talking about the latest episode of The Walking Dead, I tune out. It’s reciprocal: they are completely clueless when I quote my favorite Gilmore Girls dialogue. It’s possible that I’m the only one stuck in 2002. What’s a Real Housewife of Orange County?

I’ve seen 28 Days Later. I enjoyed it, but not enough to spend time with the sequel. As much as I like Jane Austen, I didn’t read Pride and Prejudice and Zombies. I really don’t want more stiffs ruining one of my favorite books; the guy who played Mr. Darcy in the 2005 Keira Knightley film already did that.

I’m just more drawn to art and fiction that attempts to depict “real” situations and everyday people confronting their everyday problems. Some label my taste as “effete.” I personally think an ex of mine had a much more appropriate and less Frenchy term for it: boring.

Even though I’m not a zombie enthusiast, I know a zombie when I see one.

My elementary understanding is that a zombie is a person that simply refuses to die. That’s probably the wrong definition, because by that definition my favorite zombie movie would be Life Alert commercials.

If my definition is correct though, I definitely know of one zombie out there. I even write for a blog devoted to this zombie. You’re reading it right now. 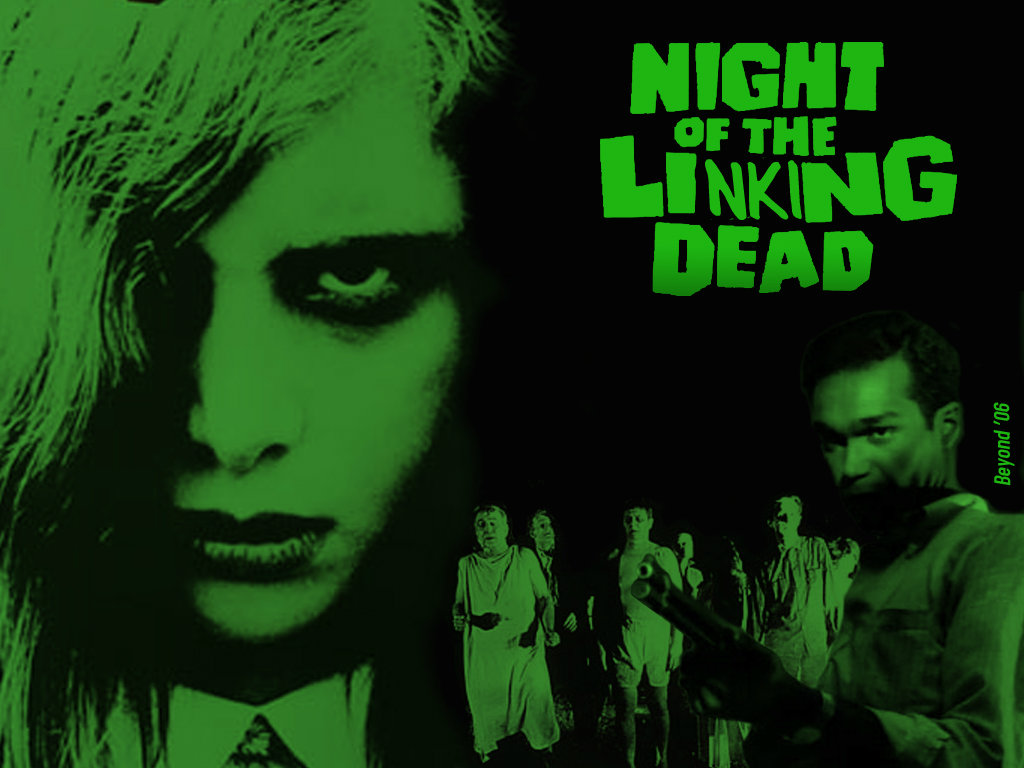 Maybe it’s not that link building is a zombie; maybe it’s more that SEOs/link builders are just as capable of buying into apocalyptic forecasts as anyone else. For example: 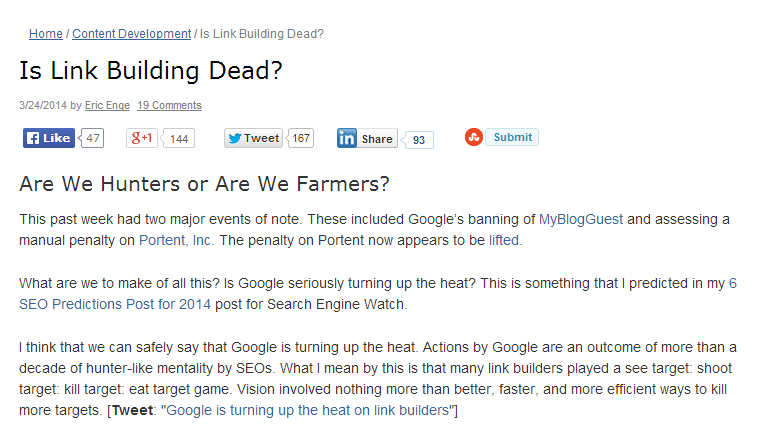 This is from March of this year; very recent. Eric Enge wrote this article in response to the recent manual penalties of MyBlogGuest and Portent.

MyBlogGuest was penalized for being the poster child of guest blogging, an SEO tactic that was and IS successful (if done properly). Many SEOs, however, were not doing it properly, and it prompted Google’s spam team to act.

This is hardly the first time a shift in Google’s policy and/or algorithm has led to such panic. For example: 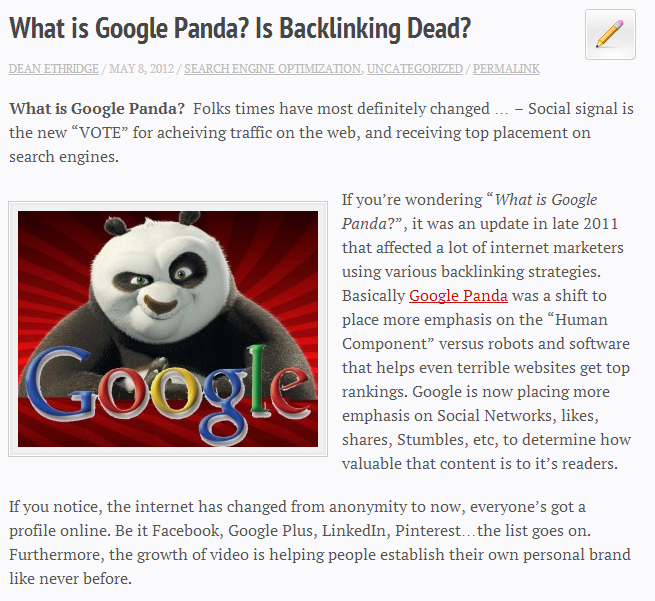 Note the date on this article. I started my job at Page One Power--a custom link building agency-- a month to the day before this was published. In my first three months, I was:

So no, backlinking was not dead in the summer of 2012. 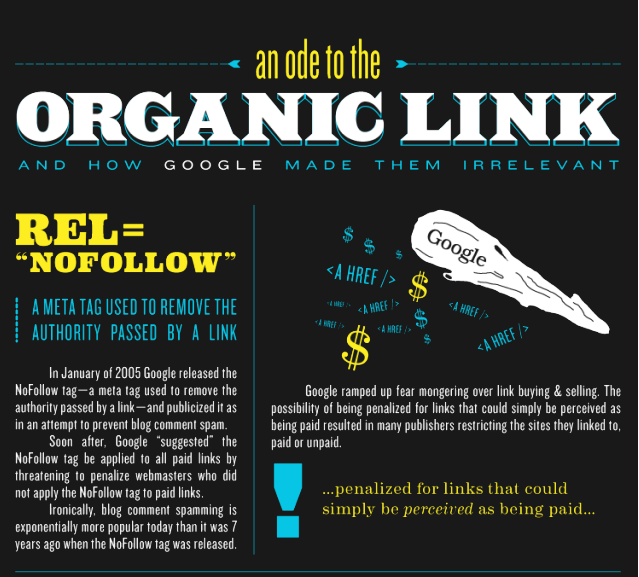 Saying a link was “irrelevant” in 2011 is the equivalent of my hipster friends who claim U2 is “irrelevant.” You might not like their music, but... 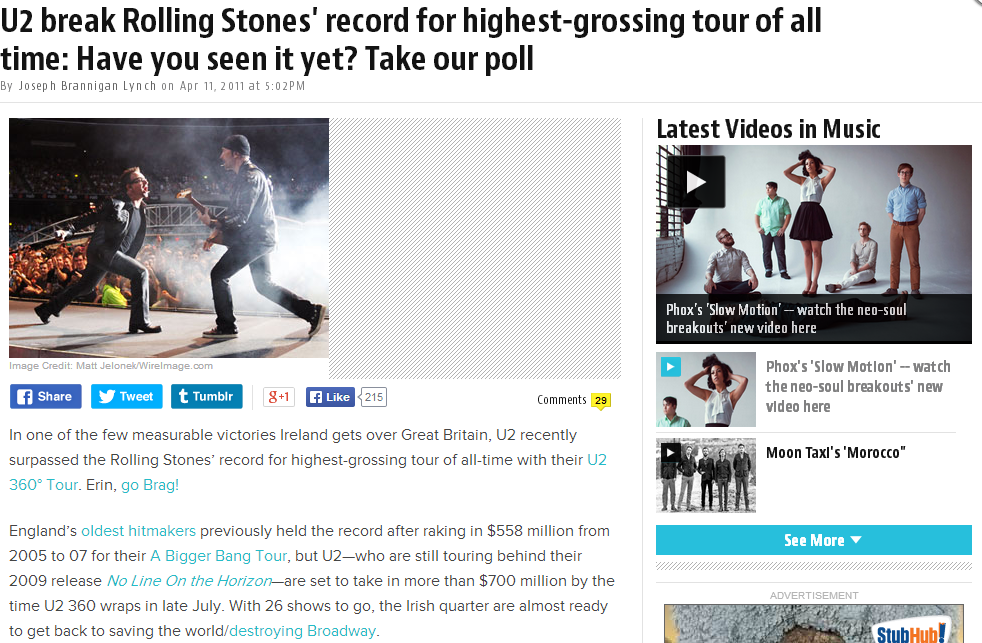 And every band that wants to chart now is simply trying to copy The Joshua Tree (I’m looking at you Kings of Leon).

I’m a U2 fan (if you couldn’t already tell), but I’ll admit I haven’t been impressed with their output since around the time they started making vertiginous iPod commercials. But just because their sound changed doesn’t mean they were suddenly irrelevant, and just because Google changed their algorithm doesn’t mean backlinks were irrelevant.

I’ve only been a link builder long enough to see the impacts of Panda, Penguin and Hummingbird. I didn’t get to bear witness to the panic attacks spurred by other updates. If only there were an internet search engine of some kind that would allow me to sift through the blogs of yesteryear at a convenient pace.

Holy Moses! Thirteen SEObituaries! That’s the number that got my attention first. SEO MUST be dead. And then I looked at the number 2007, the year this compilation was assembled.

The articles in this compilation range from 2004 to the date of publish. In that timespan, SEOs were introduced to Allegra, Jagger and… something else. What was it? 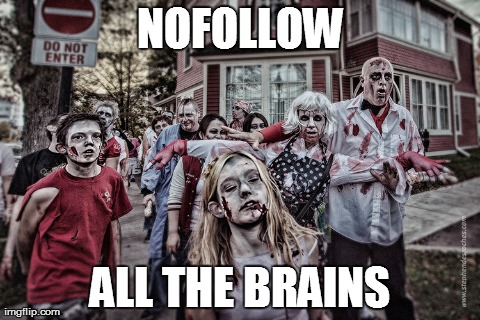 Now to be clear, link building and SEO aren’t the same thing. SEO is large-scale inbound marketing; link building is a strategy within that. Technically, you can build links for purposes outside of SEO, but those instances are very rare. So if SEO were to “die,” link building would die right along with it.

The point of all this: we tend to hyperventilate a little. By we, I mean SEOs. It’s funny that people who are such experts about search engines are the ones that freak out the most when Google makes a move of any kind. It’s a little Cassandra-esque. SEOs can be such alarmists that I’ve coined the condition SEOCD (Search Engine Optimizers Cassandra Disorder).

Change is scary, especially when the change has a direct impact on your livelihood. But as SEOs, we need to realize that we are the experts in the field, and we need to assume that role responsibly.

Why are we being so masochistic? What benefit do we gain from eulogizing all links and link building with every major update? Sure, looking ahead is wise, but so is looking back and learning from patterns. Every change Google has ever introduced has not been to kill link building; it’s been to kill spam link building.

Search engine optimization gets its sustenance from search engines. As long as there are search engines, there will be room to optimize a site so that a search engine might be more inclined to recognize it. And as long as search engines put such a great emphasis on attracting quality backlinks--which evidence suggests will be a long time still--link building will live longer than the headhoppers in Being John Malkovich.

Don’t get that reference? Well I don’t get whatever you just said about Left for Dead.