How the Grinch Stole Linksmas

For the Christmas season, we decided to write a link building parody of the classic Dr. Seuss tale. We wish you a very merry Christmas! Enjoy.

Every builder in whoville.com liked Linksmas a lot
But the competitor Grinch absolutely did not

The Grinch hated Linksmas, he hated the whole season!
He thought links had no value, even if he had no reason 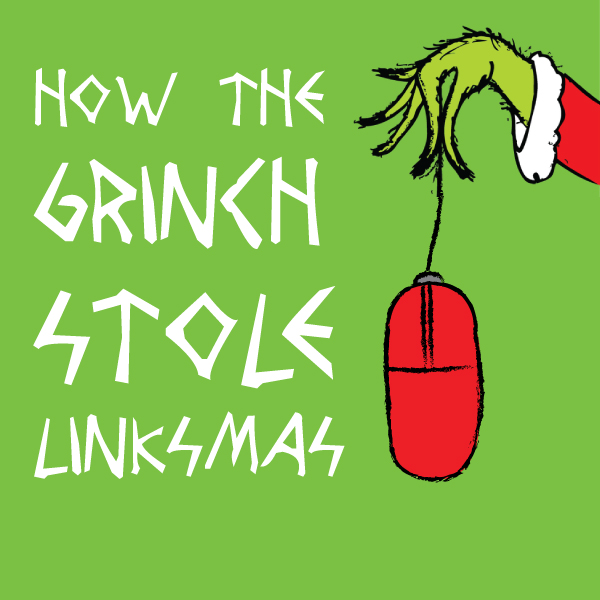 Whatever the reason (twas his heart, methinks)
He sat at his desk on Linksmas eve, hating all links

Staring at his MozBar with a sour, Grinchy frown
He crafted a plan to send Whoville’s rankings crashing on down

For tomorrow he knew, after all the hooplah and hijinks
The talk of the web would be nothing but “Links! Links! Links!” 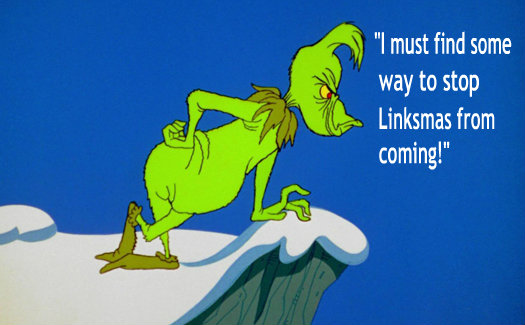 How could he stop the linkers from ranking on Google?
How could he do it while being both vicious and frugal?

Then he got an idea! An awful idea!
The GRINCH GOT A WONDERFUL, AWFUL IDEA!

“I know just what to do!” The Grinch laughed in his throat
He made a fake email, and plentiful outreach he wrote

The links the Whos built would instead point to the What’s
No one could stop the Grinch, not even Matt Cutts

“These links on authority pages will be the first things to go!”
“The links will soon vanish, as will the trust flow.”

Long tail phrases! Branded text! Keyword rich anchors!
They were erased as an extension of the mad Grinch’s rancor

The grinch had come close to stealing every link’s juice
His heart was two sizes too small, and his morals horribly loose

But before the night’s end he saw an email so new
He knew not the sender, one Cindy Lou Who

Cindy Lou Who was a linker, twas a job she just started
She would be susceptible to whatever lies the mad Grinch imparted

She emailed the Grinch and said, “SandyClause44, why?
“Why do you want your link nofollowed, oh why oh why?”

But you know that old Grinch was so smart and so slick
He thought up a lie, and he thought it up quick!

“Dear Cindy,” he so earnestly replied
“I’m nofollowing this link as a matter of pride!”

“The world needs no link building, all links should be earned!”
“Tis an important lesson, one that even I have only just learned.”

This was the Grinch’s deceptive plan all along
So imagine his surprise when the Whos… broke out in song?

The Whos sat at their desks, and sang a merry tune
About the links to be built, and the ranking that would return soon

He hadn’t stopped Linksmas from coming. IT CAME!
Somehow or other, it came just the same.

The Whos had been robbed of sweat, plus creativity
You couldn’t tell it from their tree and scene of nativity

The Grinch puzzled for three hours, til his puzzler was sore.
Then the Grinch thought of something he hadn’t before!

And what happened then? On Whoville’s blog they say
That the Grinch’s heart grew three sizes that day!

The Grinch found it in him to scrounge up some gifts
To give to the Whoville office, to settle their rifts

He’d build the best links, it would be his intention
From content to resource and even fresh mention

The Grinch had saved Linksmas, and all enjoyed their drinks!
And he, he himself! The Grinch now loved to build links