The Impact of Google's Penguin Algorithm on SEO

Google's Penguin algorithm had a very significant impact on Google's search results and consequently SEO, helping guide the industry to where it is today. 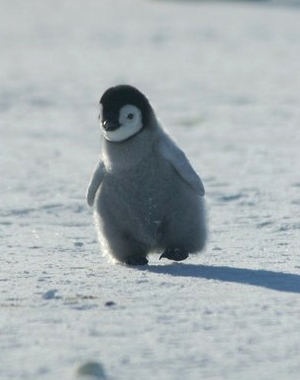 For this reason, SEOs are always on the lookout for anything that might potentially be related to Penguin. Not surprisingly, theories and conjecture regarding a new Penguin update began to surface after recent fluctuations within the search engine results pages (SERPs).

Recent comments from Google’s John Mueller in a Google+ video hangout seemed to validate the speculation that a Penguin update will be coming in the near future. Although his statement was somewhat ambiguous, Mueller did clearly state that the big G is indeed working on a Penguin update:

“We are working on a Penguin update, so I think saying that there’s no refresh coming would be false. I don’t have any specific timeline as to when this happens…it’s not happening today, but I know the team is working on this and trying to find a solution that generally refreshes a little bit faster over the long-run. But it’s not happening today, and we generally try not to give out too much of a timeline ahead of time because sometimes things can still change.” – John Mueller

In preparation of an impending update, let’s take a look at the impact Penguin has had on the SEO industry and how it will continue to affect SEO moving forward.

What is Google's Penguin Algorithm?

The Penguin algorithm, also known as the Penguin Update, is a search algorithm introduced by Google in April of 2012. The goal of Penguin was to reduce and punish spammy and manipulative links between websites.

Search engines work by relying upon an algorithm to determine which websites are relevant and useful based upon a user's search.

Because Google (and search engines) direct such a large portion of the web's traffic, websites often engage in search engine optimization (SEO) to ensure they're getting the most traffic possible from Google. This means ensuring you have strong links from other websites.

Unfortunately before Penguin Google could be gamed by building hundreds or even thousands of links from low quality websites. These links and websites weren't intended for human use, only to manipulate Google's search results. They didn't contribute positively to the web, and these link schemes were certainly against Google's Webmaster Guidelines.

The Penguin Algorithm was launched by Google in April of 2012.

In a post on the Google Webmaster Blog, Matt Cutts vaguely described the goal of Penguin:

“In the next few days, we’re launching an important algorithm change targeted at webspam. The change will decrease rankings for sites that we believe are violating Google’s existing quality guidelines. We've always targeted webspam in our rankings, and this algorithm represents another improvement in our efforts to reduce webspam and promote high quality content.” – Matt Cutts

Since its launch, there have been a number of updates to Penguin aimed to:

Confirmed dates for Penguin updates are as follows:

It has been quite some time since Penguin has been updated– and that is something we will discuss later – but for now let’s look at how Penguin changed SEO best practices.

The launch of Penguin really changed the SEO industry, and link building in particular.

Google has always warned against spammy practices in their guidelines. The launch of Penguin didn't drastically change Google’s policies, but rather changed their ability to enforce their guidelines. Unfortunately, before Penguin spammy tactics were effective, and sometimes these tactics were the only way to remain competitive.

However, Penguin was very effective at finding and punishing spammy and automated links. This prompted a fundamental change in the SEO industry as automating your link building to create thousands of irrelevant links was no longer effective.

Penguin forced link builders to evolve and focus on building links that were valuable and useful to internet users, rather than links that were intended to game Google’s search rankings. Link building became a much more manual process, which centered on human engagement, outreach, and persuasion. As we say at Page One Power, “Sites don’t link to people, people link to people”.

The Penguin algorithm eliminated the shortcuts within link building and left only real strategies that require hard work and ingenuity. Matt Cutts described what it takes to effectively build real links, referring to link building as sweat plus creativity.

Penguin wasn't all positive however – it also produced plenty of negative effects.

The Negative Effects of Penguin

While the Penguin algorithm assisted in reducing the efficacy of spammy link building tactics, it also had unwanted implications.

For one, many less savvy webmasters, particularly small business owners, have been affected by Penguin. The result is losing large amounts of traffic to their site, and subsequently customers. Penguin has had real and drastic impacts on many businesses.

The consequences of Penguin are further devastating to online businesses as Penguin has been so slow to update and refresh, which is required in order to recover from the algorithm.

Google’s own John Mueller admitted that webmasters should have a speedier recovery time from the Penguin Algorithm.

“We’ll see what we can do there…that’s something where we’re trying to kind of speed things up because we see that this is a bit of a problem, when webmasters want to fix their problems they actually go and fix these issues, but our algorithms don’t reflect that in a reasonable time.” – John Mueller

Another issue that has risen from the introduction of Penguin is the problem of negative SEO.

Negative SEO is when another website (typically a competitor) intentionally builds spammy links to your site in order to get you into trouble with Penguin. Instead of focusing on improving their own performance in search, they'll attempt to ensure their competitors perform worse.

The efficacy of negative SEO has been hotly debated within the SEO industry for some time, but it’s worth noting that after Penguin launched Google changed the wording on their page regarding negative SEO from:

“There’s almost nothing a competitor can do to harm your ranking or have your site removed from our index.”

“Google works hard to prevent other webmasters from being able to harm your ranking or have your site removed from our index.”

While we may not know how effective Google is at identifying negative SEO tactics, it is certainly worth monitoring your backlink profile regardless.

The Penguin Algorithm has been very instrumental in shaping the SEO industry into what it is today, specifically in regards to link building.

Before Penguin, link building practices were often targeted at building links for Google’s crawlers rather than human users. However, the Penguin Algorithm has been very efficient at punishing spammy and automated link building tactics, making it much more worthwhile to manually build links that make sense from a user perspective.

Although Penguin has prompted a positive change in the way people build links, there have been some negative consequences as well.

As Google continues to develop the Penguin Algorithm, hopefully they can find a solution make updates more frequent and tighten Penguin’s focus to avoid penalizing innocent websites. For now, it is simply best to keep a close eye on your backlink profile and absolutely refrain from automated and spammy link building tactics.