The Don'ts of Outreach

Are you the parent of a teenager? You probably hear that above quote a lot. I know when I was a teenager that was something I uttered frequently. Here are two other things I said:

“Sure I can down that fifth of whiskey, no problem.”

“You guys hear that Nickelback song ‘How You Remind Me?’ Man I can’t wait to get their album.”

I regret all three of these quotes.

It’s human nature to be averse to restriction. Even those pigeonholed as conformists assuredly have a rebellious streak within them. Whatever you do right at this very moment, do NOT think of an elephant.

You probably just thought of an elephant. Even the synapses in your brain want you to fight the power.

However, there are plenty of times when resisting your insubordinate impulse is the astute course of action. It typically depends on the source of the restriction. If it’s your mother, listen. If it’s the North Korean government, don’t listen (not that there’s much of a choice in that respect).

One thing that has changed for me is my approach on outreach. That’s not a consequence of the Penguin update so much as it is a consequence of experience. Outreach is a learned skill. During the course of my tenure as a link builder, I’ve learned a few tricks that have helped me to master the trade. More importantly though, I’ve learned a few things NOT to do. And thanks to (relative) maturity, I know not to reject these restrictions on impulse.

I have conducted a couple of outreach workshops at my firm. One of the things I’ve preached in those workshops is that there is an element of salesmanship that comes in to play when doing outreach. Sure, you’re link might be natural/relevant for a given link prospect, but you still have to sell the link to an extent.

Sure, I wouldn’t expect a sales exec to walk into a room of struggling salesmen and deliver the message of “always be carefree.” We’ve all been exposed to high-pressure sales tactics at some point in our lives and we all know it’s not fun. Chances are if you were wavering on the benefits of the product before, the incessant breathing down your neck ultimately blinds you to them.

Yes, the link you are asking for will provide value to the webmaster’s site, but keep in mind that the webmaster is doing you a favor. There’s no need for rudeness.

Paying for links is absolutely a violation of the Google webmaster guidelines.

In Britain, it can even be construed as a violation of the law. If you were on the winning side of the Revolutionary War, no need to worry about a warrant. You might receive the next worst thing though: a manual penalty.

In a recent video, Matt Cutts took a longer than usual amount of time to detail what might constitute as a paid link in the eyes of Google. The definition is hardly restricted to a monetary bribe; gifts and favors can put a webmaster in Google jail as well. 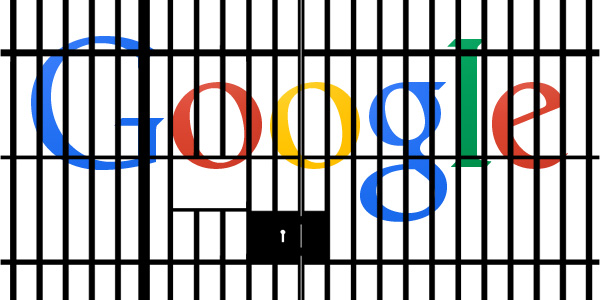 If you come across a link prospect that requires payment, it might be best to turn the car around. Or if you still are interested in building the link, make sure to nofollow it. That way the link will potentially drive traffic to your site, but it won’t be counted in the algorithm.

I don’t run my own website. Apparently, there already is a site that allows people to offer ruminations on anything in 140 characters or less. But before I get my Winklevoss on, let me say that I don’t know how onerous it is to be the webmaster of a site that consistently gets high traffic.

I’m sure the webmaster of an authority blog lets out a long sigh after he/she opens up the email inbox every morning. I get annoyed when I see a weekly newsletter from a charitable cause I signed up for eight years ago; I can’t imagine how perturbed I’d be if I had to sift through dozens of link requests every morning.

This is something you have to keep in mind when you’re building links. The chances that yours is the only email in that webmaster’s inbox are, to put it politely, minimal. This is why you can’t be boring.

Frankly, a lot of link request pitches I’ve seen are copy/paste pitches. They are clearly borne from carefully crafted templates. Sure, the major points may be covered, but it’s been stripped of anything that might closely resemble personality.

Good outreach needs to have flavor to it. I’m not saying that you have to compose a comedy sketch with every pitch, but you can’t be rote. No one responds to a template. In fact, a webmaster is likely to stop reading your template after the first few sentences.

Play a game. Read the above outreach. When you’ve done that, take a Nyquil and listen to Prairie Home Companion. See which one makes you fall asleep faster.

This not only goes for the body of your email, but the subject line as well. At Page One Power, some of our employees have conducted little “experiments” to test what kind of subject lines provoke the most webmasters to open emails.

Now, some webmasters will insist on a specific subject line when it comes to link requests, and common sense dictates that you abide by the set rules. If there are no set rules though, don’t feel restricted to writing an ordinary subject line. I’ve seen a lot of success from people here at Page One who use niche specific jokes in the subject line. I was wary at first, thinking most webmasters would treat these emails as spam. As far as I could tell however, the open rate was consistent or higher than the norm.

When composing outreach, don’t be a spambot: be a writer.

We live in the United States of Attention Deficit Disorder. In the U.S.A.A.D., the diagnosis rate has gone up in every state since 2003. Some would argue that it is a conspiracy on the part of American pharmaceutical companies looking to peddle their pills on a misdiagnosed public, but for the sake of this argument, let’s just say that Americans do indeed have a uniquely short attention span.

If that’s the case, than I would strongly advise against writing outreach in the tradition of Tolstoy or Dostoevsky.

About 11% of Americans are diagnosed with ADD, which means that the overwhelming majority of this country does not suffer the affliction. That doesn’t mean that our culture has avoided such a diagnosis. Not to sound too curmudgeonly (I’m 27), but satellite television and smartphones have led to a shorter cultural attention span. Everyone likes to think they’re really busy (and for the most part they are). I don’t care how well-written it is, a webmaster has neither the time or inclination to read your Mission Earth-sized pitch. Do your best to inject your outreach with personality (re: last section), but keep it concise as well.

On appearance, I have been compared to just about every guy in Superbad, so much so that whenever I hear this I now tell people that the three protagonists somehow circumvented biological law and had me as a baby.

I’ll freely admit that I’m not the most attractive suitor, so it’s incredibly ironic for me to advise anyone not to beg. In outreach, however, it is a vital rule to abide by.

A lot of webmasters are wary of link schemes. They don’t want their respective sites to be punished by Google’s spam team. I can safely say that if you are begging for a link, you will most likely come off as someone perpetuating a link scheme.

By all means highlight the value your link would add to the webmaster’s site, but steer away from language that reeks of desperation.

DON’T Give Up (Easily)

I know I’ve said a few times that you don’t really want to bother webmasters, but sometimes they need to be poked a little. A common mistake I see from rookie link builders is an unwillingness to follow up.

Hard as it is to imagine, some people actually step away from screens and monitors on occasion. I don’t know these kinds of people, but I’ve been told they exist. I’ve been told that there are even some webmasters that do this, or at least they take vacation and don’t check their work emails.

The point is that if you didn’t elicit a response on your outreach, that doesn’t necessarily mean that the webmaster didn’t like your idea. There’s a chance he/she didn’t even see it. Or maybe he/she has been checking the inbox, but your email got sent to the spam folder. It’s rare, but legitimate/non-spammy emails get miscategorized sometimes. I just checked the spam folder of my personal email: I found a receipt for my auto insurance payment two months ago. On the flipside, I saw this (and about a dozen variations of it):

Even though I’d like to believe that the Secretary General of the United Nations scribbles furiously in a jokepad between nuclear disarmament debates, in my heart of hearts I know this is a virus waiting to destroy my hard drive.

If you don’t get a response from your initial outreach, you can/should send a follow up pitch. In fact, personal experience tells me that I had a better response rate on second/third pitches as opposed to the first.

Rejection isn’t exclusive to high school prom: it’s a staple of life. I know it sucks to hear no. It sucks even more to be ignored.

I studied theater in college. There was a short period of time when I flirted with pursuing a career as an actor. I decided against that, and chose to get my degree in a discipline that would lead to a life of even greater financial instability: journalism. One of the first things an acting teacher will tell you is be prepared for rejection. Even the biggest stars get turned down for roles.

This lesson on rejection has carried over to my experience as a link builder. Chances are, a majority of the people you reach out to will either not respond or they will say no. If they say no, it can come with a tinge of attitude on occasion.

But guess what? It’s not the end of the world. There are other links to be built out there. Use competitor backlink reports and followerwonk to find an abundance of other link prospects.

The last DON’T I will stress is don’t close yourself off to change. Link building evolves at an alarmingly rapid pace. Too often I see even highly talented link builders that get stuck in old habits. The above tips, however, are things that have been true since I started and I believe will stand the test of time.