The Ever-Changing World of SEO (& Kate Smith): A Departure

Page One Power hired me as a writer in the summer of 2013. I came into the industry during the aftershocks of Penguin. I didn’t quite understand why everyone was so stressed out.

Page One Power hired me as a writer in the summer of 2013. I came into the industry during the aftershocks of Penguin. I didn’t quite understand why everyone was so stressed out.

In fall of 2014 I moved into the Marketing Department and since then I’ve been in a pretty good spot to watch this industry’s many changes. During my time at Page One Power, I’ve seen some weird, weird things–and I don’t just mean the sites I’ve accidentally visited while auditing backlink portfolios, though that’s certainly a good portion of it.

This industry is paradoxical. Full of extraordinary foresight and crippling reactionism, it sits on the cutting edge of some of the world’s most advanced technologies.

The SEO industry in .gif form.

The future of SEO overall is bright and intimidating and probably full of more science than we’re ready for.

We’re entering the age of machine learning, where algorithms can “think” for themselves without direction from an engineer. Search engines are beginning to function like human brains. They make connections between disparate topics, judge context, and speak more languages than any human could ever learn.

We’re entering an age when search engines can interpret speech and even unlabeled images (even if they do interpret everything as Lovecraftian horrors).

We’re on the cusp of an age where Google wants to watch your facial expressions and judge SERPs based on whether you’re frowning or not.

We’re already in an age where we can lazily say “Google, who’s that one kid actor with the eyebrows” and Google’s all like: 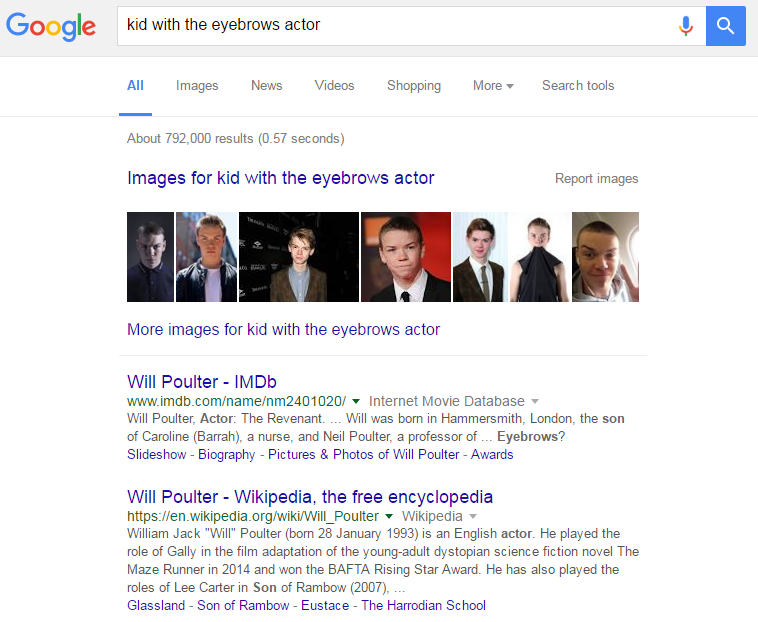 We’ve chosen to operate in an industry that’s developing faster than any one expert can comprehend.

With this tidal wave of world-changing tech rushing our way, link building will have to change. But the value behind link building is, and always has been, about bringing information to people and forming connections. As long as we’re doing that, we’ll be ok.

Yes, sometimes it feels like Google is making our lives difficult on purpose. Yes, sometimes it feels overwhelming to navigate the vast and endlessly weird seas of the internet. But we know that you have to go after the links you want. Good content is not enough, social shares are not enough. Links don’t just fall into your lap. You’ve got to fight for them.

And we’re the type of scrappy folks who’ll fight for them all day. Literally all day. Link builders are tough and adaptable. We’ll work with whatever the search engines throw at us. And we will crush it.

With that in mind, allow me to pass on what modest wisdom I’ve gained over the last three years working at Page One Power. Take it as you will: 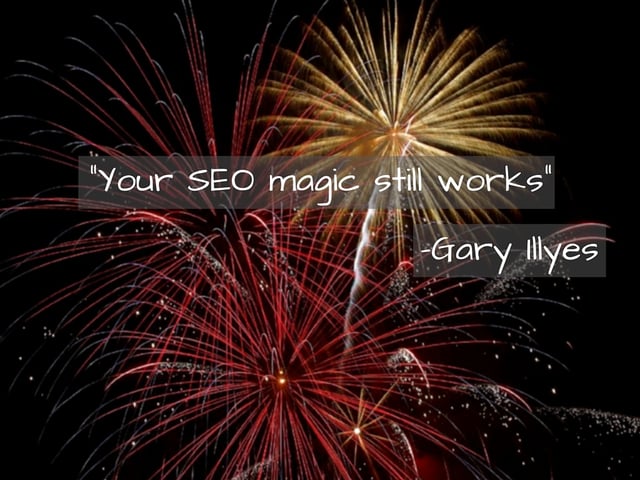 On the personal side, I’ve learned more from this job than I’ve had any right to. The opportunities I’ve been given, the experience I’ve gained, the skills I’ve picked up–I’m grateful for it all.

It’s been said many times by many people, so I’ll just heap on top of the pile: What makes Page One Power special, truly special, is the people.

I’ve met brilliant, kind, talented, impossibly cool people at this company. To the mentors who have gone out of their way to encourage and teach me. To the teammates I’ve worked side-by-side with, laughed with, and endlessly pestered. To the friends who’ve supported and cared for me. To the almost-friends I never quite got to know but still traded smiles with in the hall.

To each and every one of you: Thank you. You’ve made my life better and I’m so glad I met you.

A quick shout-out to the dynamic duo,  Andrew Dennis and Cory Collins: They are the beating heart of Linkarati and I owe them both dearly for their tireless support and good humor.

Like a Defense Against the Dark Arts professor. Like Grasshopper of the Great Lakes Avengers. Like literally any Game of Thrones character. It is my turn to go. I leave behind Dumbledore and McGonagall, Squirrel Girl and Mr. Immortal, Tyrion and Daenerys to carry on alone. (AD, Cory: Please fight over who would be who in these scenarios.)

Catch you on the flip side.

Kate Smith is a Content Marketing Specialist at Page One Power in Boise, Idaho. When not at work Kate enjoys obscure movie trivia, reading Shakespeare, and the occasional zombie video game. Sometimes all three at once.